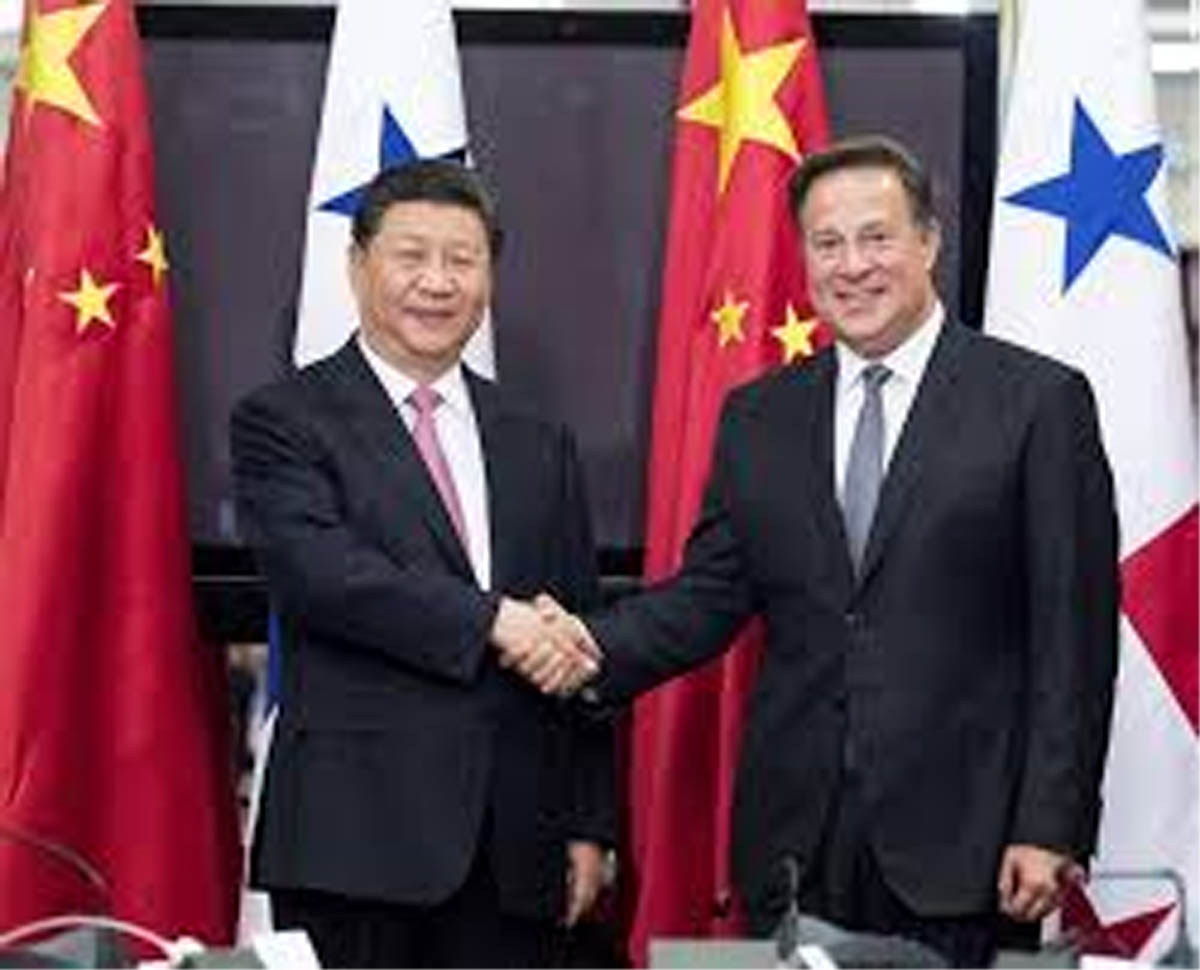 PANAMA CITY, Dec 4:Visiting Chinese President Xi Jinping on Monday reached extensive consensus with his Panamanian counterpart, Juan Carlos Varela, on further promoting bilateral relations.
Xi arrived here on Sunday for a state visit to Panama, the first of its kind since China and the Central American country established diplomatic relations in June 2017.
During their talks on Monday, the two leaders applauded the momentum of development of bilateral relations and cooperation results in the past 18 months.
Xi hailed the strong start of bilateral relations highlighted by the exchange of visits of the two presidents and the deepening of mutual political trust.
He also lauded the rapid development of bilateral cooperation in various fields and the achievements made so far led by the joint construction of the Belt and Road.
Facts have proven and will continue to prove that the establishment of diplomatic relations is an absolutely correct decision and will benefit the two peoples, Xi said.
Cementing and developing the China-Panama friendly relations is China’s unwavering diplomatic principle regardless of the changes in international situations, the Chinese president stressed.
China supports Panama’s efforts in safeguarding its security and stability, improving its people’s livelihood and increasing its international influence, and in playing a bigger role in promoting regional economic integrity and connectivity, Xi said.
Xi said that both he and Varela agree that development should be people-centered, and that the evaluation of its results should be based on how much happiness is brought to the people.
China is willing to work with Panama to maintain close high-level exchanges, and strengthen exchanges and cooperation between their Governmental departments, legislative bodies and political parties, Xi said. China highly appreciates Panama’s firm support on issues concerning China’s major core interests, such as the Taiwan issue, he noted.
China always sticks to the principle of non-interference, Xi said, adding that China recognizes the role of the Panama Canal in the global economy, respects Panama’s sovereignty over the canal, acknowledges the canal as an international transit waterway with permanent neutrality, and supports Panama in playing a bigger role in international and regional affairs.
The National Logistics Strategy of Panama 2030 and the China-proposed Belt and Road Initiative are highly compatible, Xi said, calling on the two sides to synergize their respective development strategies, boost cooperation in such areas as finance, tourism, logistics and infrastructure construction, effectively implement key railway, education and health care projects, and promote connectivity.
Noting that China is the second biggest user of the Panama Canal, Xi said the two countries can further optimize consolidated shipment, so that the canal can be of greater effectiveness in China’s deeper engagement in global trade.
China is willing to hold free trade agreement negotiations with Panama on the basis of mutual respect, equality and mutual benefits, he said, adding that China welcomes more Panamanian imports such as marine food products, meat and pineapples.
China also encourages more of its financial institutions to operate in Panama, including the setup of RMB clearing centers, he said. The Chinese leader also called for closer people-to-people and sub-national exchanges and easier two-way flow of people, so as to consolidate the public support for bilateral relations.
He also called on the two sides to enhance communication in international affairs, deepen coordination and collaboration in such multilateral mechanisms as the United Nations, the World Trade Organization and the Forum of China and the Community of Latin American and Caribbean States, and jointly tackle the challenges posed by protectionism and unilateralism.
For his part, Varela warmly welcomed Xi’s historic visit to Panama, saying it will forge closer friendship between the two peoples. Varela hailed the significant progress in bilateral relations since the establishment of diplomatic ties, and said he is glad that the consensus reached by him and Xi has been well implemented, with cooperation and exchanges in infrastructure, people-to-people and other fields being pushed forward in an active manner.
Varela thanked China for its support in his country’s social and economic development, saying that Panama will firmly stick to the one-China policy.
The Panamanian president also said that he shares Xi’s vision of building a community with a shared future for mankind, and that Panama supports the joint building of the Belt and Road and looks forward to deepening bilateral cooperation in investment, port, shipping and free trade zones. Varela said that his country welcomes the investment of Chinese enterprises and is willing to negotiate and sign a free trade agreement with China at an early date,
(AGENCIES)