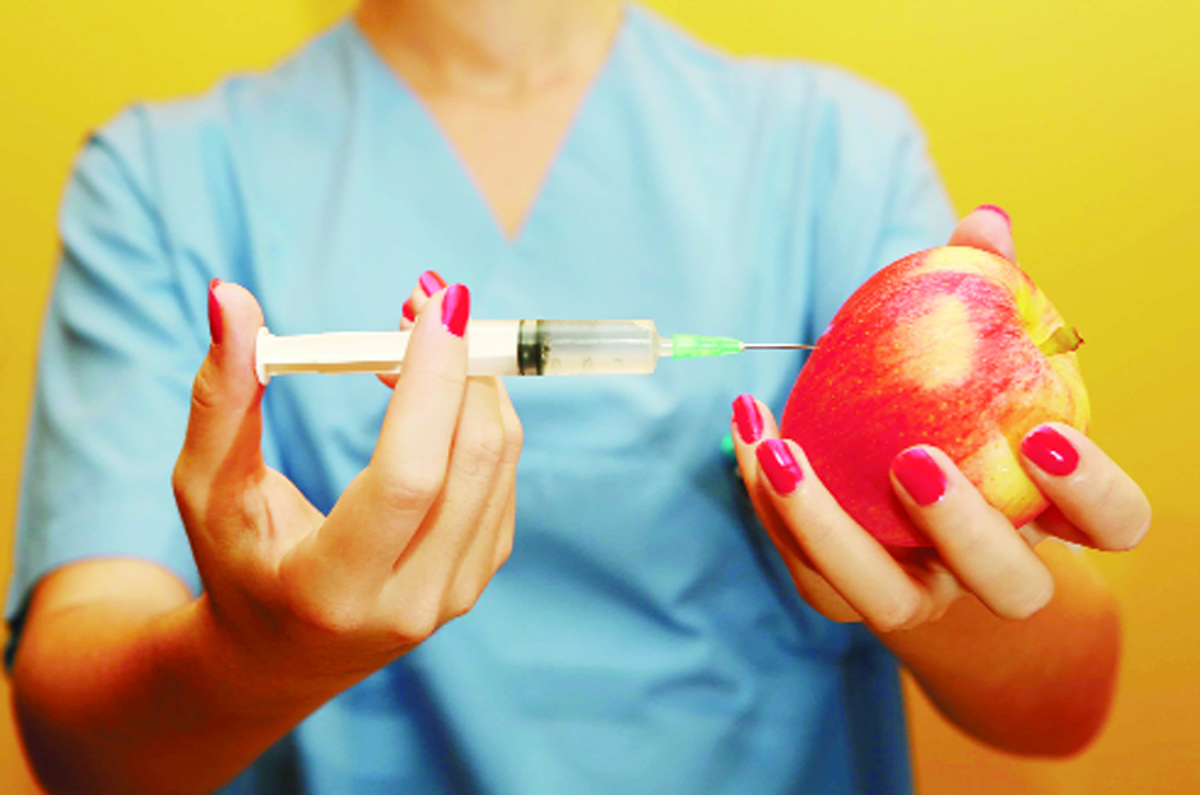 Baldev Singh Chib
Fruits are highly nutritious and are a good source of vitamins and minerals. However, health benefits of fruits depend on how they are ripened. The best course is to ripen on the plant itself. But the farmers do not wait for the fruit to ripen naturally and harvest them much before they get ripe and transport them to the fruit Mandies. The traders then ripen them artificially using chemicals.
The most common chemical used is Calcium Carbide which is hazardous and poisonous to the humans. Calcium Carbide, popularly known as masala, is used extensively in mangos, bananas, papayas, guavas, plums, tomatoes etc. being cheap (one kg. of this chemical costs Rs. 25-30 which can ripen 20 tonnes of fruit) is used discriminately by the fruit traders in preferences to other recommended practices like ethephon solution and ethephon gas. In each fruit box (peti), a pouch of Calcium Carbide is found placed. It is a chemical powder like cement colour with black or white grey shade. Besides it, formalin and some other chemicals are also used for extending the shelf life of fruits. Spray solutions containing harmful chemicals are also used to make the fruits attractive.
According to studies, these chemicals can effect neurological system by inducing prolonged hypoxia. These cause symptoms like headache, dizziness, high sleepiness, memory loss, cerebral oedema, numbness in the legs and hands, low blood pressure, burning sensation in the chest and abdomen, burning in eyes, permanent eye damage, ulcers, heart disease, lung failure, kidney failure, cancer etc.
The Food Safety and Standards Authority of India (FSSAI) has banned Calcium Carbide under Prevention of Food Adulteration Act, 1954 and anybody found using it can be imprisoned for three years along with fine. While the use of Calcium Carbide is rampant in Jammu but the Food Safety Organisation has never prosecuted anybody for this serious offence, so far and are playing with the lives of the people. No action has been reported in recent times against any government functionary for allowing the use of such banned harmful chemicals by the fruit traders. Absence of action from the senior officers tends to suggest existence of corruption in the Food Safety Organisation.
The public should be careful and avoid taking chemically ripened poisonous fruits. One can distinguish the artificially ripened fruits which would have uniform skin colour in tomato, mango, papaya, and in the case of banana, the fruit will be yellow while the stem will be dark green. The chemically ripened fruits have shorter shelf life. Also, if the fruits are available before season, it could mean they are chemically ripened. Pregnant women particularly need to be very careful and should not consume such fruits and vegetables. The public should avoid eating chemically ripened fruits in the interest of their well being. It will also reduce the cost of medication substantially.