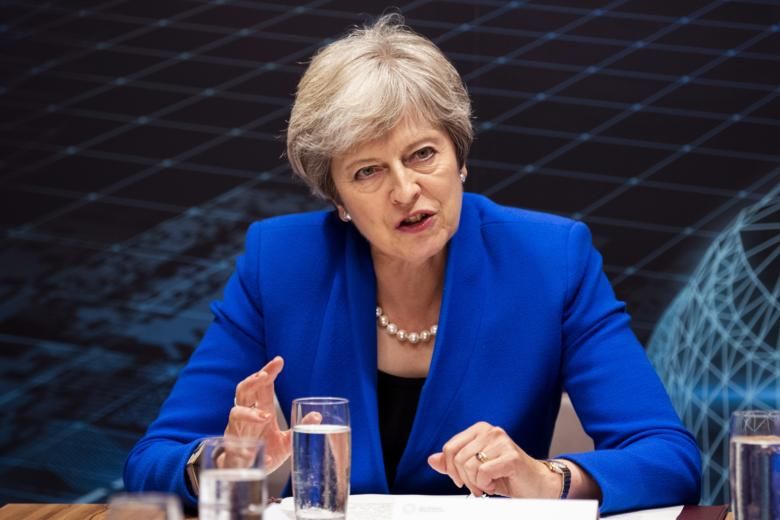 LONDON, Sept 16: British Prime Minister Theresa May said Sunday she was “irritated” by speculation about a leadership contest as she slammed former foreign secretary Boris Johnson, seen as her most likely challenger.
The centre-right Conservative Party’s leader said she was focused on securing a Brexit deal rather than her own future, in a BBC television interview marking the six-month countdown to Britain’s departure from the European Union.
May blasted Johnson for using “completely inappropriate” language when he described her Brexit blueprint as putting Britain in a “suicide vest”.
Asked about her plans to stay in the job, she said: “I get a little bit irritated but this debate is not about my future — this debate is about the future of the people of the UK and the future of the United Kingdom.
“That’s what I’m focused on and that’s what we should all be focused on.”
The leader added it was important to ensure “we get that good deal from the European Union which is good for people in the UK, wherever they live in the UK”.
Johnson, who quit the Cabinet over May’s proposals to keep Britain close to the EU on trade, is the bookmakers’ favourite to succeed May, ahead of interior minister Sajid Javid, eurosceptic backbench leader Jacob Rees-Mogg, environment minister Michael Gove and Foreign Secretary Jeremy Hunt.
May’s Conservative minority government contains a sizeable bloc of hardcore Brexiteers headed by Rees-Mogg and would likely need the support of the left-wing main opposition Labour Party, or a chunk of their MPs, to get her Brexit proposals through parliament.
Keir Starmer, Labour’s Brexit spokesman, said any EU deal must meet Labour’s key Brexit tests, which include delivering the “exact same benefits” as Britain currently has inside the single market and customs union, to win their support.
In a letter published by The Sunday Times, he said they also could not back a loosely worded agreement: “A vague political declaration would not meet those tests. Labour will not — and cannot — vote for a blind Brexit.” Meanwhile London Mayor Sadiq Khan added his weight to calls for a second Brexit referendum on the outcome of Britain’s EU departure negotiations.
Writing in The Observer newspaper, he said Britain faces either a bad Brexit deal or no deal.
“They are both incredibly risky and I don’t believe Theresa May has the mandate to gamble so flagrantly with the British economy and people’s livelihoods,” he wrote.
The Labour politician said voters need to be given a new referendum.
“This means a public vote on any Brexit deal obtained by the government, or a vote on a no-deal Brexit if one is not secured, alongside the option of staying in the EU,” he wrote. (AGENCIES)