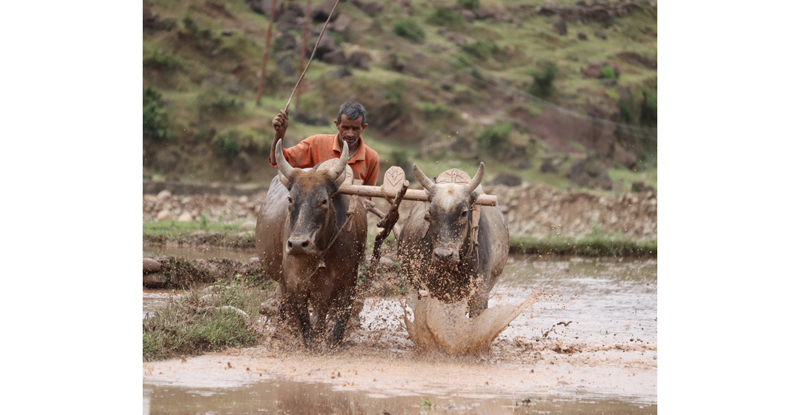 Total 3,323 km long border India shares with Pakistan, one-third of it, 1,225 km runs through J and K only. Out of this 210 km is International Border (IB), around 150 km is Actual Ground Position Line (AGPL) at Siachen and the rest (about 788 km) is the Line of Control (LoC). Of the 22 total districts of J&K and Ladakh, border runs through 10 districts and five districts fall in Jammu region – namely, Jammu, Samba, Kathua, Rajouri and Poonch with the border running through the tehsils of Samba, Vijaypur, Bishnah, RS Pura, Satwari, Marh, Akhnoor, Khour, Ghagwal, Hiranagar, Barnoti, Kathua, Sunderbani, Noushera, Rajouri, Manjakote, Balakote, Mendhar, Poonch and Mandi. With wars in 1947-48, 1965, 1971, 1999 and army deployment in 2001, practically havoc in these border areas. Guns actually have never fallen silent. Due to partition hell broke loose with many left for Pakistan and their properties were made evacuees state properties and similarly thousands came to India from West Pakistan of Mirpur, Bhimber, Muzaffarabad, Bagh, Rawlakot, Kotli etc to settle in India along with people from Chamb to be settled in villages like Allah, Devigarh and many other villages where parts of land were abandoned after partition and came under the custody of the State. The ownership rights and the land still belongs to the State and these people are called allottees without the malikana (ownership) rights. With the fencing of border started in the year 2000, around 400 meters to one and half kilometer inside the Indian territory, a substantial part of the agricultural land came under fencing. Most of this land is very fertile, earlier cultivated by the villagers but stopped due to the fencing though there are gates built along the fence to allow the people to have access to their land. Land compensation is still pending even after around two decades ever since the land was acquired by BSF. Actually BSF further widened the border fence from 60 feet to 135 feet and most of the land under fencing is the state land where people do not have the land right and the land is just allotted and as such no compensation.
Present GoI is aware of all facts and hardships being faced by border farmers and worked out that it’s time now to give back farmers their dues after long truce between India and Pakistan for quite some time now. It is really an appreciable step to allow farmers to cultivate their land and both District Administration of Samba and BSF deserve all the accolades to make it possible. Though it is only 75 acres of land which has been undertaken for agricultural activities but more significant is the fact that farmers have shown confidence to plough land till zero line after 24 years. It’s all a team effort as District Administration and BSF convinced farmers to start agricultural activities, Agriculture Department guided the farmers and seeds were distributed under the National Food Security Mission. All these efforts will definitely boost the morale of farmers as well as other villagers and many more will be motivated to do so. This extra income will also mitigate many of farmers’ financial woes. After decades wait, sufferings of border farmers have finally ended, all these are right steps in right direction and hope other districts also replicate it soon.