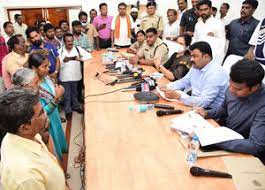 Dhaka, Sept 12: Bangladesh banks have fixed the maximum exchange rates of the US dollar against the Bangladeshi taka for export-import bills and remittances in a bid to ease pressure on foreign exchange reserves and end volatility in the forex market.
The rates were fixed at a meeting between the Bangladesh Foreign Exchange Dealers Association (BAFEDA), a platform of banks, and the Association of Bankers, Bangladesh (ABB), a platform of managing directors of banks in Bangladesh, on Sunday.
In accordance with the meeting decision, banks in Bangladesh will offer a maximum of 108 taka per dollar to the overseas exchange houses abroad for receiving inward remittances from Monday.
Also, the banks will quote a maximum of 99 taka per dollar for procuring export proceeds from the exporters.
And the rate for importers will be fixed in keeping with the weighted average rates of the exchange houses and the exporters.
Md Serajul Islam, senior spokesperson of the central bank of Bangladesh, told journalists last week that the taka-dollar exchange rates would be fixed by the banks, a method that he said is now followed across the globe.
He said both the ABB and the BAFEDA will regularly review the rates together to fix the uniform exchange rates in order to help bring back stability in the country’s foreign exchange market.
In its bid to boost the shrinking forex reserves, the ABB in recent months has taken various measures to discourage imports and woo more remittances from millions of Bangladeshi people living and working abroad.
Bangladesh’s forex reserves fell to over 37 billion dollars on Thursday after making a routine payment worth 1.73 billion dollars to the Asian Clearing Union against imports made during the July-August period.
The country’s forex reserves surpassed the 48-billion-dollar mark in August last year, the highest ever in history, due to a slowdown in imports and rising remittance and export earnings during the Covid-19 pandemic.