Dr Isha Sharma
What entitlements, system intelligence and planned work architecture could not do over the years, the volunteerism and self service emerged as a driver of innovation across nation, from a micro to macro innovation model. The day Planning Commission of India got its new acronym, “Niti Aayog”- National Institution for Transforming India, the innovation landscape across India was painted with colours of curiosity, imagination, creativity, henceforth creating small pockets of innovation that were more visible and recognized. Niti-Aayog is a policy think tank of the Government of India, with objectives of achieving sustainable development goals through the policy of cooperative federalism, wherein state-centre mutually shouldered and championed the cause of creating innovative mindsets across India. The specialized intervention for creating the innovative mindsets was in the form of “Atal Innovation Mission” that empowered schools to create innovative work stations that will be called Atal Tinkering Labs.
The Atal Innovation Mission (AIM) is a flagship initiative set up by the NITI Aayog to promote innovation and entrepreneurship across the country. The labs were not only the tangible four walls and instruments but the curious minds that in their formative years of development will challenge the status quo and create solutions and possibilities.
The underlying paradox was that the inputs and tangible outcomes of such interventions were moving in opposite directions. On one hand we wanted students to create innovative solutions in their school setups at Atal Tinkering Labs, but contrary to this there was system stickiness among the academic fraternity wherein curriculum was the career maker or breaker. The traditional social wisdom that we as guardians, teachers and responsible stakeholders impart to this younger generation, gets them immersed in the socially endorsed thought processes of saying yes, ok, sure, agreed instead of voicing how, why, what, when and will. The shift from yes to why was not easy, but non-negotiable as well, it was a strong determinant of success of the flagship innovation policy of the Government of India. The experiences of students entering into the Atal Tinkering Labs was initially driven by the mandatory system of using school spaces to voluntarily investing time and resources in using the lab for innovations.
National statistics reveal the aspirations of government, as more than 5,441 schools across India are having Atal Tinkering Labs, with an overall outreach of 6,046,146 students. The outreach exercise was strong in terms of scalability but deliverables of such an exercise were not only explicit but tacit forms of change which comprised of innovation, design thinking, problem solving, ideation, team building and most importantly bringing the behavioral change. Behavioral change though important but subtle as a process, requires constant mentoring and coaching for driving change and making it institutionalized in the system. Reflecting back to figures, 5,441 schools and more than 60 lakh students, mentors and mentoring exercise was going to make Atal Innovation Mission a financial liability and henceforth making the flagship programme a web of financial intricacies and procedures.
Niti Aayog’s response came in form of ”Mentor India Programme”, which was a voluntary model of innovation mentorship. Immersing into the deeper architecture of Mentor India Programme, reveals that choice took precedence over the traditional route of delegation, authoritarianism made way for mutualism, bureaucratic lounges became public places and volunteers across India, associated with Mentor India Programme through competitive round of selections. Mentors across India, with different specializations and expertise got connected with the ATL schools for creating entrepreneurial culture amongst the un-explored innovation warehouses of young minds. Mentors across India were given autonomy and flexibility for mentoring students in Atal Tinkering Labs, thereby endorsing choice over allocation.
The strength of Atal Tinkering Labs rests in the target group to which it aims to develop as problem solvers and innovators, from Class 6 to 12, referred to as neoteric innovators. Broadly peeping into the innovation pipeline, the neoteric innovators will act as feeder to Atal Incubation Centres, Atal Community Innovation Centres and Institution Innovation Councils. The Atal Tinkering Labs in this direction are the fundamental building blocks of innovative mindsets wherein the threshold confidence of dealing with risk and creative endeavors will be imparted to students. This progressively will not only create problem solving mindset across schools in India but will develop human capital with strong innovation and creativity capacities, resulting into creation of startups and being titled as job creators rather than job seekers.
Adding a new dimension to the national innovation ecosystem, the ATL’s will foster innovations that will be community centric, indigenous and will cater to the unserved regions of society in large. There are evidences that confer affirmation to the above said narrative. Government Multipurpose Higher Secondary School in Bilaspur, Chattisgarh with a team of four students and two mentors created Moksh a purifying device that cleaned the river water, which use to be a store house of human ashes, and purified water to the extent that it became drinkable. Their narration about the innovation journey they underwent revealed the societal ceilings and stereotypes the little but affirm hands undertook. Visiting cremation grounds regularly still has a negative stigma attached to it, and the whole region used to look at them through skeptical eyes, which these young innovation warriors called market research. Braving all odds, the students triumphed by serving 350 families the drinkable water.
Consolidation of the stated evidences, statistics and experiences puts forth an exclamation mark against us all as teachers, mentors and in decorative terms ‘coordinators’ that, have we found the life’s purpose in empowering young minds. If yes, there is no superlative exercise than volunteerism, and if no, we will find it, as conscious introspection into our selves will definitely reveal our purpose that is beyond entitlements and decorations.
(The author is Regional Mentor, J&K Atal Innovation Mission Niti Aayog, Govt. of India)
feedbackexcelsior@gmail.com 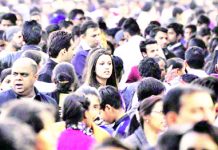