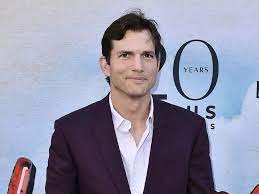 Los Angeles, Aug 9: “Jobs” star Ashton Kutcher has opened up about being diagnosed with a “rare form of vasculitis”, an autoimmune disease that left him unable to see, hear, or walk.
The actor shared the diagnosis in the Monday episode of the National Geographic show, “Running Wild with Bear Grylls: The Challenge”.
“Like two years ago, I had this weird, super rare form of vasculitis, that like knocked out my vision, it knocked out my hearing, it knocked out like all my equilibrium,” Kutcher said in a clip shared by entertainment programme Access Hollywood.
In the video, the 44-year-old further said it took him a year to build his life from scratch and that he was “lucky to be alive”.
“You don’t really appreciate it until it’s gone, until you go, ‘I don’t know if I’m ever going be able to see again. I don’t know if I’m going be able to hear again, I don’t know if I’m going to be able to walk again. I’m lucky to be alive,” he added.
After the clip went viral on social media, Kutcher posted a clarification on Twitter, saying the health scare happened three years ago following which he had made a full recovery.
“Before there are a bunch of rumors/ chatter/ whatever out there. Yes, I had a rare vasculitis episode 3yrs ago. (Autoimmune flare up) I had some impairments hear, vision, balance issues right after. I fully recovered. All good. Moving on. See you at the 2022 NY Marathon w/Thorn,” he tweeted.
Vasculitis is inflammation of a blood vessel or blood vessels. (PTI)