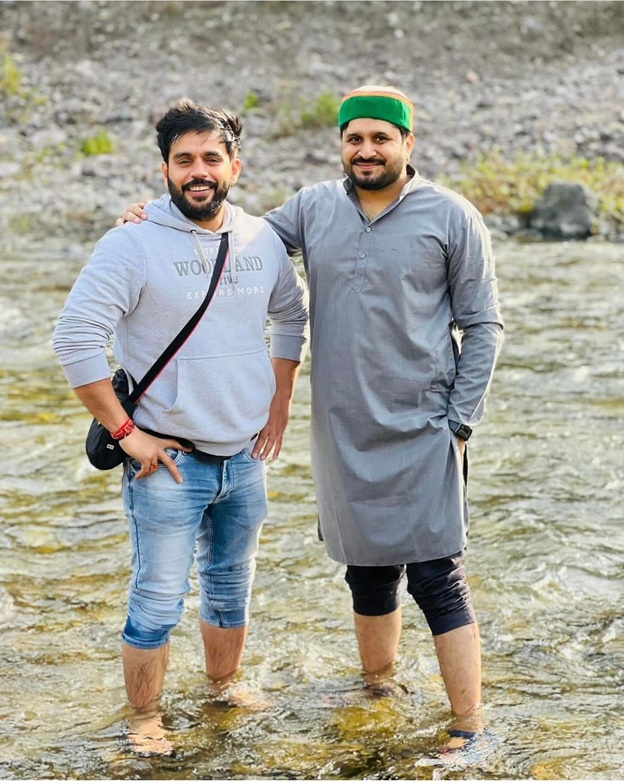 Social Media is a new tool for finding inspiration and sharing ideas. It’s a fast way to give and receive information in real-time. But one shouldn’t ignore the fact that it requires the same amount of time and energy as any other job. And Ashish Bhardwaj is one of the living examples of this fact.

Ashish Bhardwaj is a YouTuber, influencer, marketer, scriptwriter, and most importantly, an inspiration for those who want to make their career in the digital market. He has worked with several reputed brands like OCTAFX, Unacademy, Instagram, TikTok, and many others and has earned millions of fans across the globe.

He uses YouTube as a platform not just to entertain millions of his subscribers but also to motivate and inspire upcoming influencers who need guidance to grow faster. He also shares plenty of ideas and strategies that people can use to create a better reputation on social media.

He proved that hard work pays off by making the best use of his skills and his mind, which is full of business ideas that are not only beneficial for him but also for the upcoming influencer community who are starting from scratch.

Aashish Bhardwaj is a young man who is currently working as an expert in branding and advertising. However, he is not only doing this but has established himself as a scriptwriter for the YouTube channel Sibbu Giri. In just three years, he took the channel from 0 subscribers to over 3.3 million.

Sibbu Giri channel is popular enough due to its comedy and the entertainment they are giving to its audience. Bhardwaj’s videos have garnered millions of views. To name a few, Girls Cheating In Exams and Badi Bahen VS Choti Bahen videos have 54 million and 45 million views respectively.

After 7 years of working in the social media industry, Ashish Bhardwaj realized that there was a need for a unified platform that connected brands and influencers.

The result is Sociopool, a company he founded in 2015. The purpose behind building his platform was to make it easier for influencers and businesses to directly connect so that they can work together to create content for their audiences.

Sociopool has grown exponentially since its founding, with videos reaching 10 million views. With a degree in MBA, Ashish has been able to create an online space where 500 million people can connect with the brands they love.

He is a true inspiration who knows how to create opportunities and make them accessible to the whole community. He has become the backbone of this industry, and who knows what this man is coming up next?