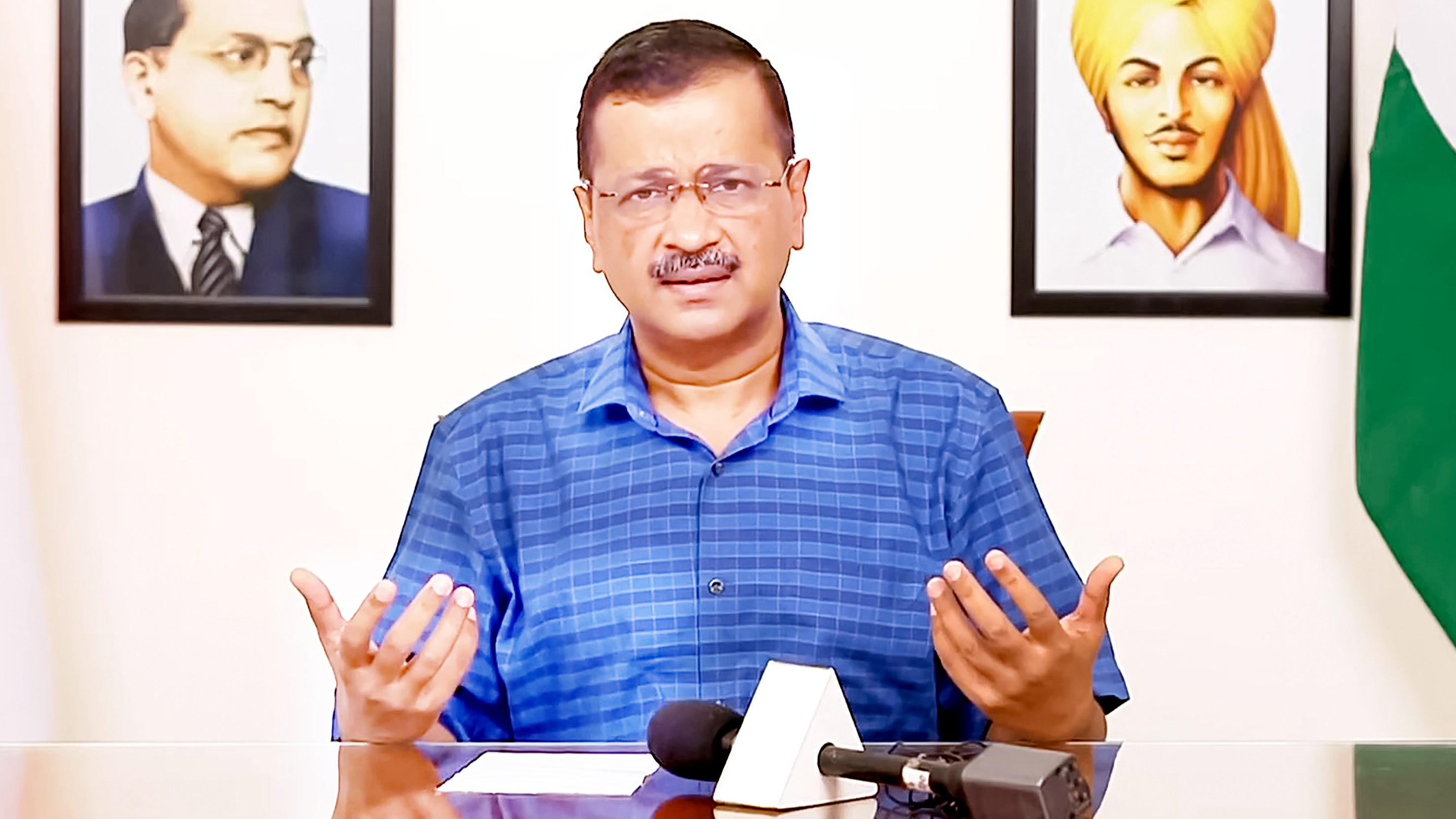 NEW DELHI, Nov 26:
With his deputy Manish Sisodia’s name not finding a mention in the CBI charge sheet in the excise policy case, Delhi Chief Minister Arvind Kejriwal on Saturday said he and the AAP are “hardcore honest”.
Addressing a press conference, Kejriwal also asked the BJP if it could say the same about any of its leaders.
The Central Bureau of Investigation on Friday filed its first charge sheet in the Delhi excise policy case against seven accused but Sisodia, who was named in the agency’s FIR, did not figure in it.
“Today I can say, Arvind Kejriwal is hardcore honest, AAP is hardcore honest. I challenge BJP to tell if any of its party leaders is hardcore honest,” Kejriwal said.
Asked about the BJP releasing a series of sting videos on AAP leaders in the run-up to the December 4 municipal polls in Delhi, the chief minister said voters have to choose between 10 videos of the BJP or 10 guarantees of his party.
Earlier this month, the Aam Aadmi Party had announced 10 guarantees for the Municipal Corporation of Delhi polls, including clearing the three landfill sites in the city and ending stray animal menace. (PTI)