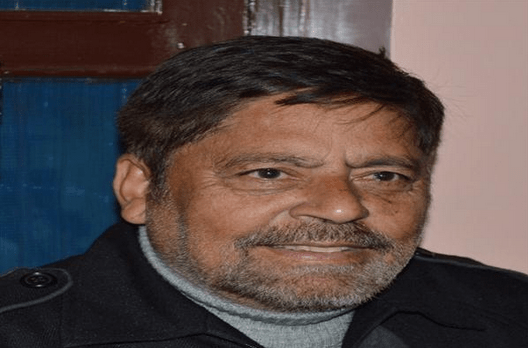 Excelsior Correspondent
SRINAGAR, Dec 27: Chief Judicial Magistrate (CJM) Srinagar today issued an arrest warrant against former MLA Zadibal Molvi Abid Ansari for failing to appear before the Court in connection with the criminal defamation case filed by former Minister and senior PDP leader Naeem Akhtar.
Akhtar on November 16, this year had filed a criminal defamation suit against Molvi Abid Ansari and BJP leader Khalid Jahangir Sheikh for leveling baseless and fabricated charges of corruption against him.
Abid Ansari didn’t appear before the Court after which Chief Judicial Magistrate Srinagar Aijaz Ahmad Khan issued a bailable arrest warrant against him.
Khalid Jahangir appeared before the Court and submitted the bail bonds. The case has been listed for recording of statement on February 9.
Akhtar filed the complaint in the Court in which he charged the Republic TV with broadcasting “scandalous” news content against him. He prayed that the accused be tried and punished in accordance with the law for the Commission of the offence under Sections 499 and 500 of RPC.
The CJM on the presentation of the compliant and taking note of the statement made by the complainant supported by statement of a witness has taken cognizance of the complaint and directed Managing Director of the news channel Republic TV Arnab Goswami, Aditya Raj Koul, Zeenat Zeshan Fazil and Sakl Bhatt to appear before the court on next date of hearing which has been fixed on February 9.