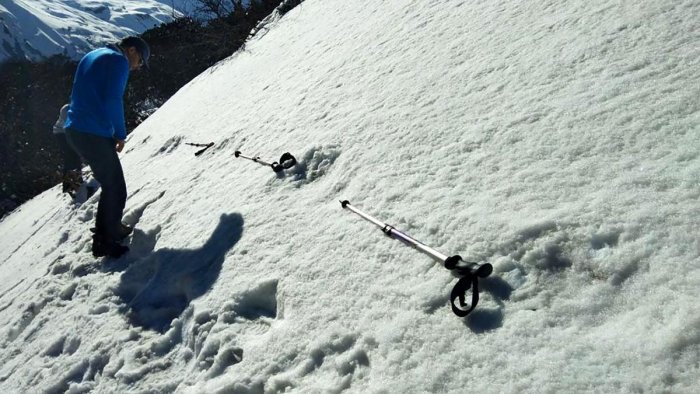 NEW DELHI: The Army has claimed its mountaineering expedition team in the higher Himalayas had found “mysterious footprints” in the snow that they believe belong to the Yeti or the abominable snowman, triggering a barrage of reactions.

Sources said on Tuesday that the Indian Army will send to domain experts the pictures and videos of the “large” footprints captured close to the Makalu Base Camp in Nepal earlier this month.

On Monday night, the Army tweeted, “For the first time, an #IndianArmy Mountaineering Expedition Team has sited (sic) Mysterious Footprints of mythical beast ‘Yeti’ measuring 32×15 inches close to Makalu Base Camp on 09 April 2019. This elusive snowman has only been sighted at Makalu-Barun National Park in the past.”

The Army also released photos along with the tweet showing large footprints in the snow which they claim belong to the creature. (AGENCIES)