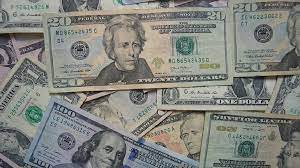 LAS VEGAS, Dec 1: Agritech company Cropin is hoping to raise USD 50-70 million by the first half of 2023, from global technology companies, new as well as existing investors, its co-founder and CEO Krishna Kumar has said.
The amount to be raised will be used for expansion of operations across different markets, and to scale up the platform and its AI Labs initiative.
The capital raise will include funding from two large tech companies that have shown immediate interest, and will be followed up by a Series D round, all of which will cumulatively bring in USD 50-70 million, to its coffers.
The company has so far raised about USD 34 million in multiple funding rounds.
The fundraise assumes significance given the backdrop of funding winter in the global startup ecosystem.
“If your fundamentals are strong, if your solutions can scale globally, and they are solving a real problem, I think those companies will not have a dearth of funds … people will invest,” he said on Wednesday.
Public listing is still 4-5 years away, Kumar told reporters on the sidelines of Amazon Web Services’ (AWS) annual flagship event re:Invent 2022.
Headquartered in Bengaluru, Cropin has over 200 employees with subsidiaries in Hague (Netherlands), Delaware (US) and Singapore.
Cropin, founded in 2010, is an agritech company which has developed a purpose-built industry cloud for agriculture – Cropin Cloud.
Cropin Cloud enables stakeholders in the agri-ecosystem to leverage digitisation and predictive intelligence to make effective decisions that increase farming efficiency, scale productivity, manage risk and environmental changes, and enhance sustainability.
“We are raising ‘pre series D’ funds which is a convertible round, pegged to ‘Series D’ valuation … Overall, the company expects to raise USD 50-70 million by the first half of 2023,” Kumar said.
Two large companies have already evinced keen interest in investing in the ‘pre series D’, Kumar said but did not give specific details.
CropIn has partnered with over 250 B2B (business-to-business) customers and digitised nearly 25 million acres of farmland. Customers include seed companies, retailers among others. The company derives about half of its total revenue from India, and rest from overseas markets, Kumar said but did not divulge the turnover.
The company is using AWS cloud for its storage, computing, machine learning and analytics requirements.
(The PTI journalist was in Las Vegas at the invitation of Amazon Web Services) (PTI)