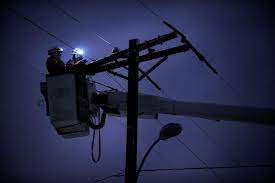 NEW DELHI, Dec 7: Edwis Ahmad Satarzadeh aka Idriz Sanie, a top Instagram influencer, is giving big hits to the Afghani-Persian music industry. Born and brought up in Kabul, Idriz’s music has reached across oceans and has established its legitimacy in the market.
Idriz’s latest song ‘Ayne’ which is an Afghan language song has crossed 600K views in mere 72 hours. Amin Bamshad produced his song ‘Ayne’ along with Idriz Sanie. Amin Bamshad is a famous producer, lyricist, song-the writer, and music producer in the Iranian industry! The song director is Rohed Khan and Alex Abedi has done the music arrangement. His song ‘Ashubhgar’ has 4 million plus views, ‘Man Khatam Tora’ has received 1.1 Million views, ‘Bia Bia’ got 250k views, and 900+ views for the song ‘Az Hale Dede’.All of his songs have also been broadcasted on all TV Channels in Europe and Afghanistan.
Idriz has plans to release his music video with Avang music which is one of the biggest Persian Music channels. Furthermore, two of his songs are ready to be released soon this year. In fact, it isn’t just two songs, rather it is 24 more songs that Idriz plans to release very soon in a series.
(ANI)