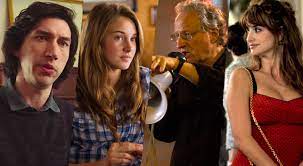 Los Angeles, Feb 10: Filmmaker Michael Mann has roped in actors Adam Driver, Penelope Cruz and Shailene Woodley to star in his upcoming racing drama “Ferrari”.
Driver, who replaced Hugh Jackman in the project, will star in the film as ex-racecar driver and auto manufacturing giant Enzo Ferrari.
Set in the summer of 1957, the story follows Ferrari’s life both on the track and at home that started to fall apart.
The company he and his wife Laura had built was struggling and his stormy marriage had been rocked by the death of their son, Dino, and his affair with Lina Lardi, with whom he had a second son, Piero.
Meanwhile, Ferrari was preparing for a gruelling and dangerous race across Italy, the Mille Miglia.
According to Variety, Cruz will play the role Enzo’s wife, Laura Ferrari, while Woodley will feature as Lina Lardi.
The script is originally written by the late Troy Kennedy Martin of “The Italian Job” fame and has been reworked by Mann. The film is based on Brock Yates’ book “Enzo Ferrari The Man and the Machine”.
Mann will produce through his production company Moto Productions, along with PJ van Sandwijk, John Lesher, Lars Sylvest, Thorsten Schumacher and Gareth West. Niels Juul will serve as executive producer. (PTI)