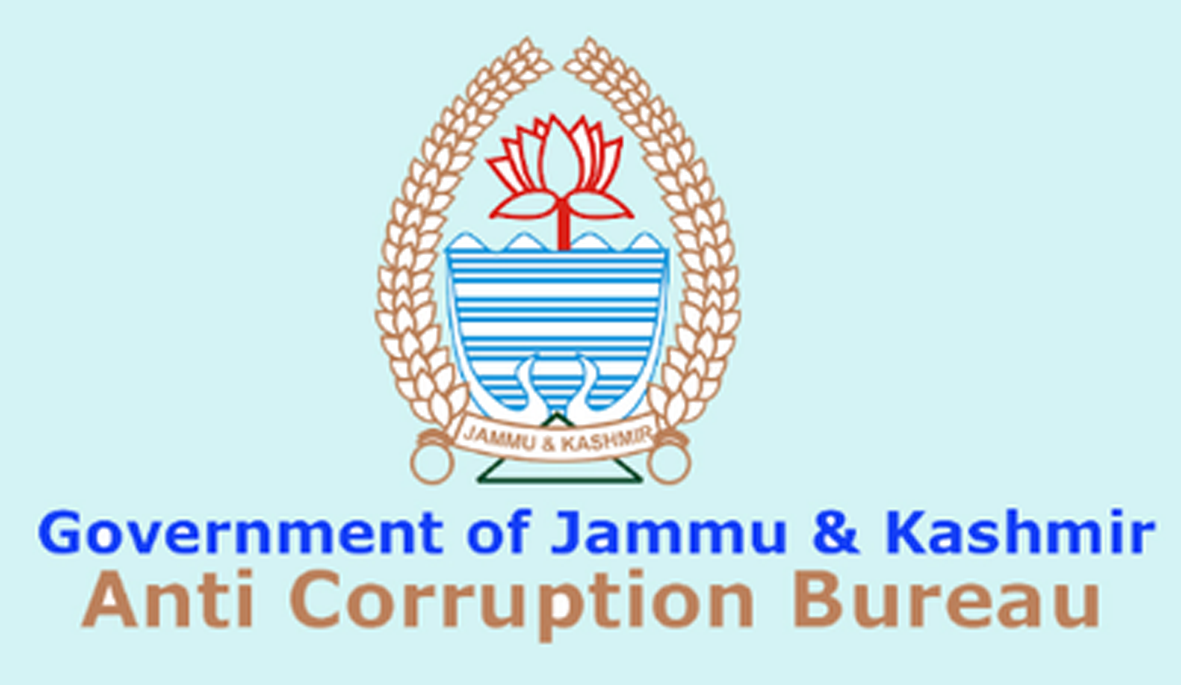 BARAMULLA: Anti-Corruption Bureau produced Chargesheet in the Court of Special Judge Anti-Corruption Baramulla in FIR No. 37/2014 u/s 5(1) (d) r/w 5(2) J&K Prevention of Corruption Act Svt. 2006 & Sections 120-B,201, RPC of P/S VOK (Now ACB)against accused public servants namely:-
a) Gh. Mohi-ud-din the then (DSWO) Kupwara;
b) Nazir Ahmad Mir Orderly posted in ICDS Langate (beneficiary)
c) Mohammad Afzal Beigh (DSWO) Kupwara;
d) Mohammad Ramzan the then Sr. Asstt. in DSWO Kupwara.
e) Abdul Majid Ganai the then Statistical Assistant in CDPO, Rajwar.
The instant case was registered in Police Station VOK (now Anti Corruption Bureau) on the basis of a verification conducted into the allegations regarding the illegal appointment of Nazir Ahmad Mir as Orderly in Social Welfare Department Kupwara by the then District Social Welfare Officer Gh. Mohi-ud-din. The verification conducted revealed that the said Officer in the capacity of District Social Welfare Officer Kupwara in connivance with accused beneficiary Nazir Ahmad Mir issued series of orders which paved way for the illegal appointee to claim his appointment. The orders issued by the officer from time to time in favour of his close relative Nazir Ahmad (appointee) include order No. DSWOK/Estt/97/1858-61 dated 04-12-1997 as Orderly for a period of one month and continued the services of said beneficiary for a period of one more month. Likewise, extended the services of said beneficiary for two months and later on the accused officer issued order No. DSWOK/Estt/98/2803-06 dated 02-04-1998 where-under the services of the beneficiary as Orderly were continued till further orders and paid wages which he may earn. Subsequently the illegal beneficiary was allowed to join his services and his service book was prepared and pay dues were drawn/paid. The power of direct appointment to class IV being direct recruitment post vests with District Level Selection committee constituted by the Govt. Hence, the abuse of official position was established. The series of engagement orders as Orderly were in utter violation of the rules/ regulations governing the appointments. By acting in such a manner, the accused officer by abuse of his official position conferred undue pecuniary advantage upon the above mentioned beneficiary with corresponding loss to the state exchequer and the case was registered and investigation was set into motion.
The Investigation of the case was concluded as proved against the aforementioned accused public servant for launching prosecution, the chargesheet was produced in the Anti Corruption Court Baramulla after obtaining sanction from the Government.
Next date of hearing has been fixed on 06.02.2021.