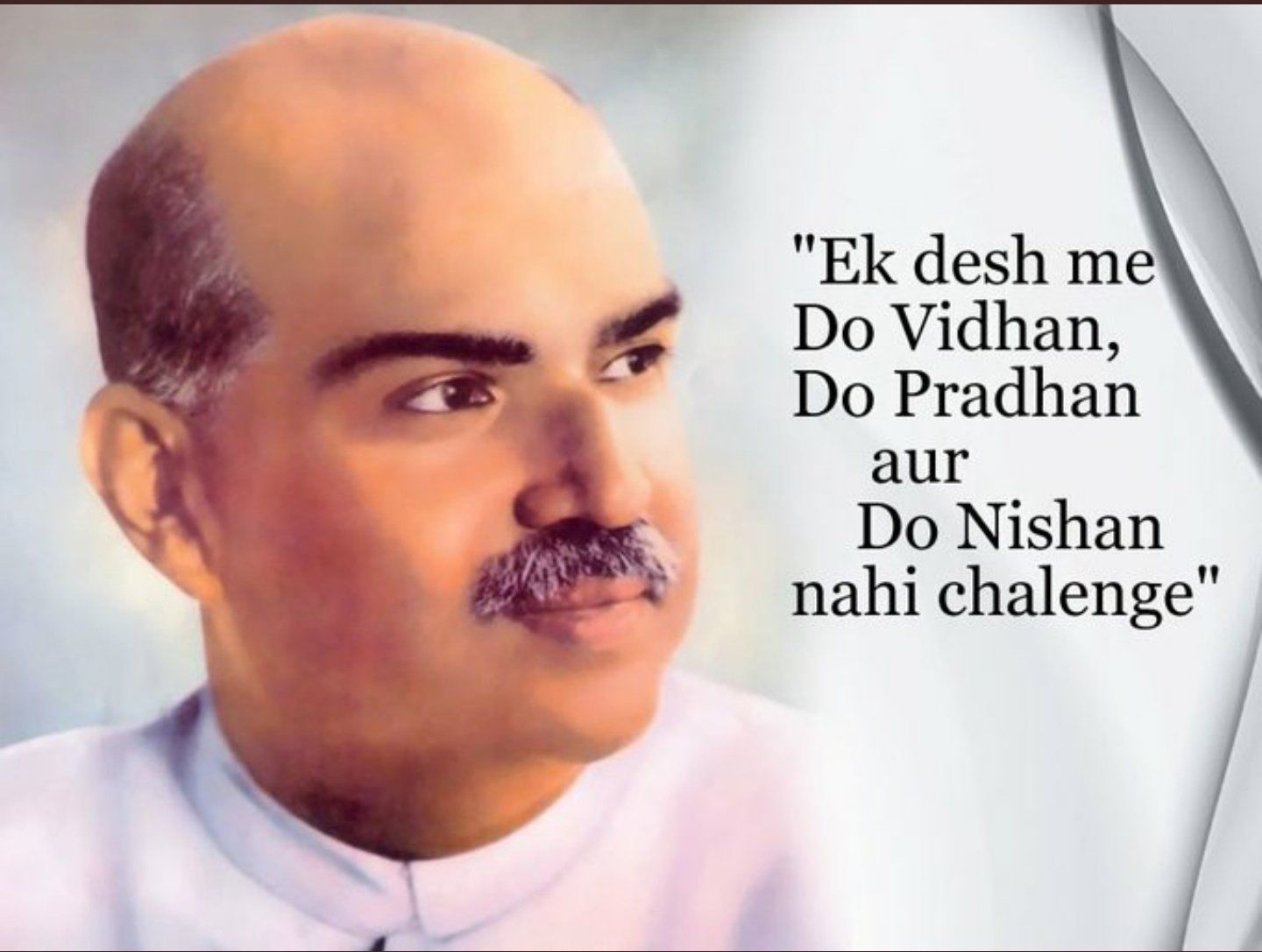 Rekha Mahajan
Shyama Prasad Mookerjee, the founder of Bharatiya Jana Sangh, was born in Calcutta on 6 July 1901. He was against the special status given to Jammu and Kashmir and vehemently opposed Article 370 during his lifetime. Shyama Prasad Mookerjee was a barrister and educationist. He previously served as the Minister of Industry and Supplies in the cabinet of Prime Minister Jawaharlal Nehru. Mukherjee later resigned from Nehru’s cabinet in protest against the Nehru-Liaquat Pact. After consultation with Shru Golwalkar Guru ji of RSS Shri Mukherjee founded Bharatiya Jan Sangh on 21st Oct 1951 at Delhi and he became the first President of it . Bharatiya Jana Sangh won 3 seats in Parliament one of them being that of Shri Mukherjee.Mukherjee was also the President of the All India Hindu Mahasabha from 1943 to 1946.
Dr. Shyama Prasad Mukherjee was associated with many fields, but the areas which were closest to his heart were education, administration and parliamentary affairs, very few people would know that he was the youngest vice-chancellor of the University of Calcutta at merely 33 years of age,
Dr. Shyama Prasad Mukherjee was the first Industries minister of India and, in a sense, he laid a strong foundation for India’s industrial development. He had prepared a solid base, it was he who had prepared a stout platform. The first industrial policy of Independent India, which came in 1948, was stamped with his ideas and vision. Dr. Mukherjee’s dream was for India to be industrially self-reliant, competent and prosperous in every sphere
Mukherjee wanted India to develop heavy industries and pay full attention to MSME, handloom, textiles and cottage industry. “For the proper development of cottage and small industries with finance availability and organizational setup- All India Handicrafts Board, All India Handloom Board and Khadi & Village Industries Board were established between 1948 and 1950. There was also a special emphasis by Dr. Mukherjee on indigenisation of India’s defence production, in the establishment of four most successful mega projects- Chittaranjan locomotive works factory, Hindustan aircraft factory, Sindri fertilizer factory and Damodar Valley Corporation and other river valley projects, Dr. Shyama Prasad Mukherjee contributed significantly.
Most important thing for Dr. Shyama Prasad Mukherjee was the integrity and unity of India
Mukherjee strongly opposed Article 370, considering it a threat to national unity. He fought against it inside and outside Parliament, with one of the goals of Bharatiya Jana Sangh being its abrogation. He raised his voice strongly against the provision in his Lok Sabha speech on 26 June 1952. He termed the arrangements under the article as Balkanisation of India and the three-nation theory of Sheikh Abdullah.The state was granted its own flag along with a prime minister whose permission was required for anyone to enter the state. In opposition to this, Mukherjee once said “Ek desh mein do Vidhan, do Pradhan aur Do Nishan nahi chalenge” (A single country can’t have two constitutions , two prime ministers , and two national emblems) .
The Bharatiya Jana Sangh, along with the Hindu Mahasabha and the Jammu Praja Parishad, launched a large-scale satyagraha to remove the provisions. In his letter to Nehru on 3 February 1953, he had said that the issue of the merger of Jammu and Kashmir with India should not be allowed to hang. Mukherjee went to Kashmir in 1953 and went on a hunger strike to protest the law that barred Indian citizens from settling within the state. Mukherjee wanted to visit Jammu and Kashmir but was denied permission due to the prevailing permit system. He was arrested on May 11 at Lakhanpur while crossing the border into Kashmir illegally. However due to his efforts the ID card rule was repealed. He died as a prisoner under mysterious circumstances on 23 June 1953.
On August 5, 2019, the Government of India abrogated Article 370, a real tribute & realization of Syama Prasad Mookerjee’s dream.
(The author is Secretary BJP J&K UT) 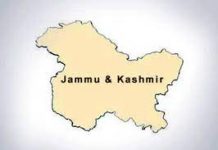