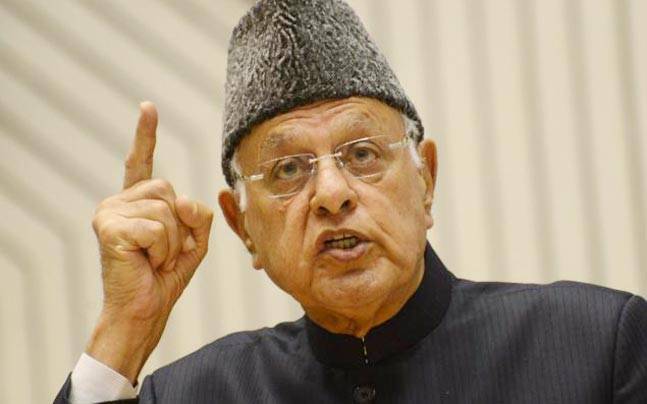 JAMMU: National Conference president Farooq Abullah today sought that the Line of Control (LoC) should be converted in to a ‘Line of Peace and Goodwill’ while India and Pakistan should initiate the dialogue process with an active involvement of the people of Jammu and Kashmir to usher harmony and tranquillity in the State.
He cautioned the Centre against taking the people of J&K “for granted and ignoring” their legitimate aspirations. He said the claims that demonetization had curbed stone pelting had fallen flat and expressed concern that “youth were now taking to guns”.
India and Pakistan should resume the dialogue process and engage people of Jammu and Kashmir in an acceptable solution, Abdullah said addressing party workers at Balakote in Poonch district.  (AGENCIES)