SRINAGAR, Oct 1: A football tournament, organized by Uplona Rashtriya Rifles Battalion under the aegis of Headquarter 10 Sector Rashtriya Rifles, concluded at Sopore, here today.
After finishing pool matches and semi-finals, the final match was played between Ningli FC and Delta Force at Amberpora Ground wherein Delta Force emerged as winner and clinched the title trophy.
Kamran Ahmed Malla was declared as best player of the tournament.
The organizers said that such events allow the budding players to showcase their skills and get selected for higher levels. It is to be noted here that the theme of this year’s event was ‘Fight against Drugs’.
People expressed their happiness over the conduct of the event and said that sports events help the youth to stay away from the evil vices of society and help in channelling their energy in the right direction.
Many renowned personalities, Youth Committee members of the area, Sports Committee members of the area besides Sarpanchs of the nearby villages were present during the event. 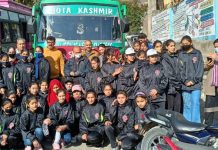 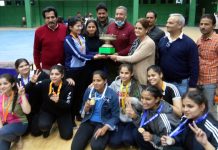 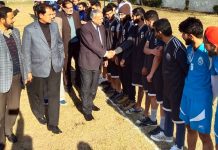