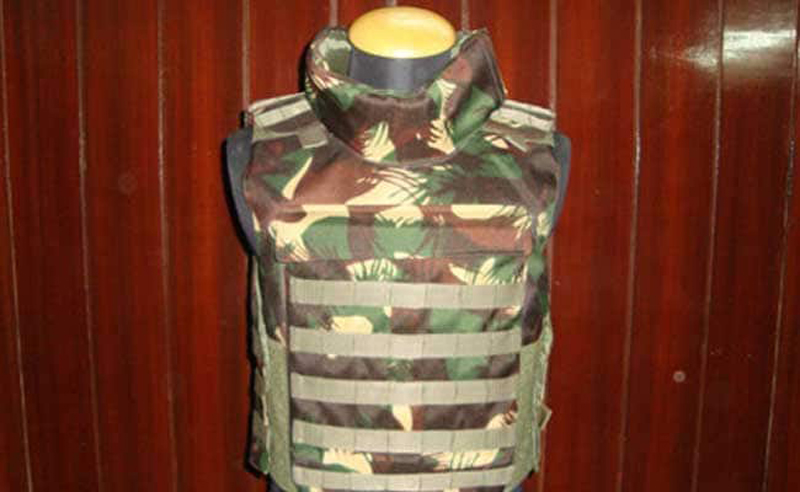 NEW DELHI, July 8: The shortage of bullet-proof jackets for armed forces is being met through procurement of 1.86 lakh such jackets by April 2020 for nearly Rs 639 crore, Defence Minister Rajnath Singh informed Rajya Sabha on Monday.
Replying to supplementaries, the minister said there was no embargo on the import of raw material from China for making such bullet-proof jackets, and any supplier violating the tender norms would face action and could be disqualified.
The minister also assured the House that the government has no plans to reduce the justified benefits provided to armed personnel with disabilities.
“In 2009, there was a shortage of 3,53,755 bullet proof jackets in the country, but procurement was not done for a long time. An RFP for procurement of 1,86,138 bullet proof jackets has been issued in April 2016 and the tender in this regard was allotted on April 9, 2018 to an Indian buyer.
“The total value of the contract is for Rs 638.97 crore, for procurement of 1,86,138 bullet proof jackets, which will be supplied within 36 months and it has to be completed by April 8, 2020,” the minister told the house.
“So far, the DGQA quality checks have been completed and 10,000 bullet proof jackets have already been procured and a total of 37,000 such jackets have to be procured by this year, by 8.10.2019,” he said.
Singh said Taiwan and China are included in the list of countries for import of synthetic fibre.
“The source of raw material has not been listed in the tender for procurement of bullet-proof jackets.
“There is no embargo on the import of raw material for bullet proof jackets from China in the tender. There is a clause for 30 per cent indigenous content from within India that has to be ensured,” he said.
“There is no decline in the quality of bullet-proof jackets (BPJs) procured for the Indian Army,” the minister said in his written reply.
He said as bullet-proof jackets are protection equipment, these are procured strictly on the basis of General Staff Qualitative Requirement (GSQR) identified by the Service Headquarter with full Quality Assurance (QA) cover including detailed testing, provided by Director General of Quality Assurance (DGQA) for every lot/batch supplied by the vendor.
“Supply order for procurement of 50,000 BPJs to meet the immediate requirement was placed on 31.03.2016 on M/s Tata Advance Material Limited, Bangalore, 10, Jigani Industrial Area, Bangalore-560105.
“These BPJs were delivered after quality inspection and acceptance in March, 2017.
“Contract for 1,86,138 BPJs was signed on 09 April 2018 with M/s SMPP Private Limited, M-17, South Extension, Part-II, New Delhi-110049. Quantity 10,000 BPJs have been delivered in March 2019 after usual quality inspection and acceptance,” the minister told the house.
To a question on the benefits accorded to persons with disabilities, Singh said, “I want to make it clear to the House that the justified benefits to armed personnel with disabilities would not be reduced.”
He, however, said a clarification will be sought from the Central Board of Direct Taxes (CBDT) with regard to a recent circular.
In reply to another question on the total fatalities of

armed personnel at higher altitudes including Siachen glacier, he said there have been eight such deaths in 2018, five in 2017 and 20 in 2016.
“Causes of death in Siachen Glacier and other Super High Altitude Areas range from those directly related to High Altitude like High Altitude Pulmonary Oedama (HAPO) and Pulmonary Thrombo Embolism (PTE) to other general causes,” he said in his written reply.
He said the Indian Army is deployed in highly treacherous terrain along the borders in J-K, where there is constant threat of crevasses, avalanches and other weather related calamities to the troops.
Government undertakes several steps to prevent casualties like pre-induction medical examination, stringent acclimatization schedule, provision of specialised training, special living shelters, provision of specialised clothing and high quality rations, the minister said.
Steps are also undertaken to utilise modern technological equipment for rescue missions and prevention of accidents, apart from issuing of regular advisories, the minister said. (PTI)