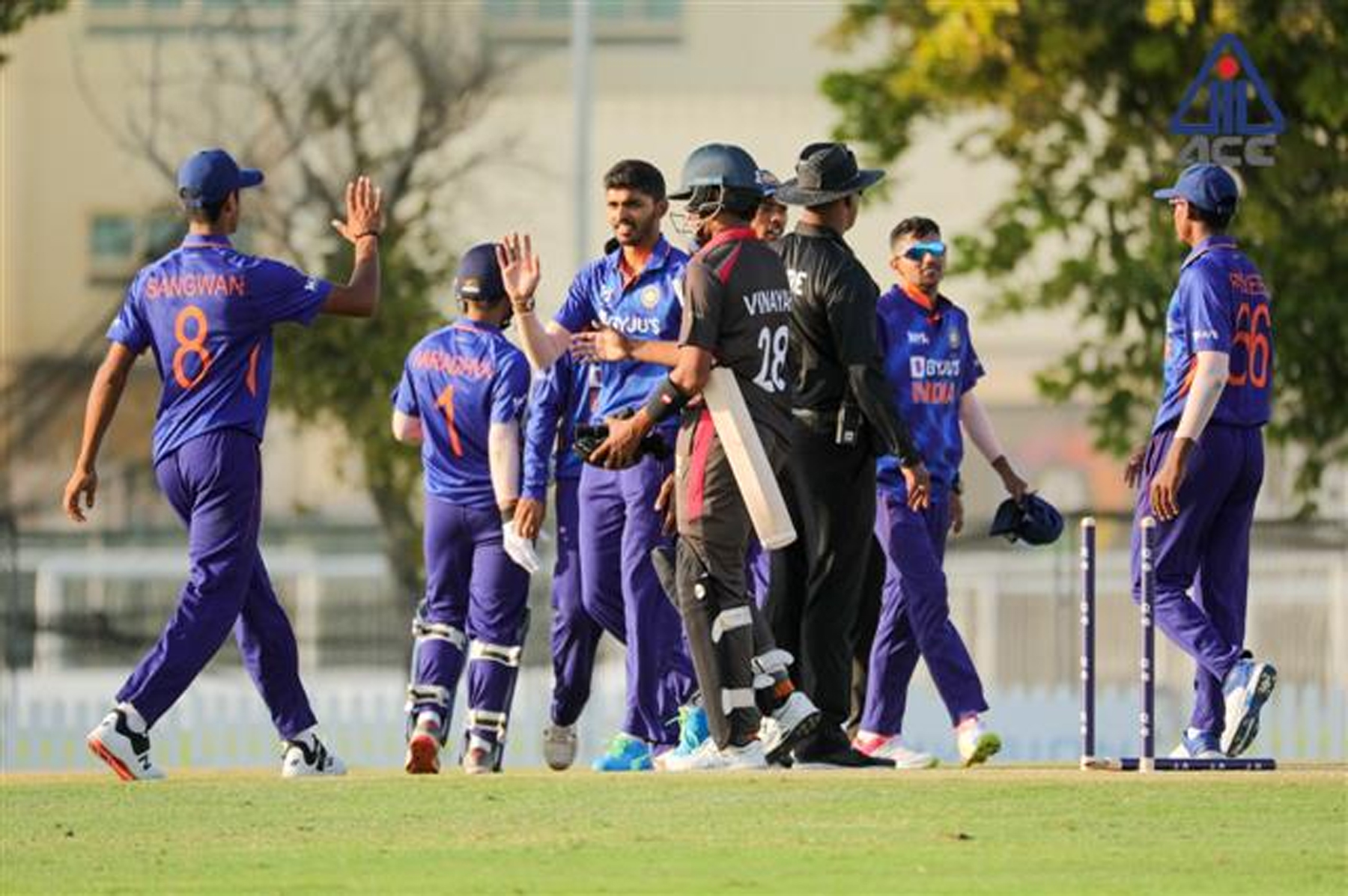 DUBAI,  Dec 23: Harnoor Singh struck a fine hundred before the Indian bowlers ran through the opposition to complete a 154-run rout of UAE in their opening U-19 Asia Cup match here on Thursday.

Put in to bat, India put up 282 for five, courtesy Harnoor’s 120 off 130 balls and skipper Yash Dhull’s 63 off 68 balls. Rajvardhan Hangargekar’s unbeaten 48 off 23 balls provided the final flourish.

UAE used as many as nine bowling options at the ICC Academy Ground but the move did not help their cause.

The home team’s batters came a cropper against the Indian bowling line up, folding up for 128 in 34.3 overs.

In the other matches played on Thursday, Pakistan beat Afghanistan by four wickets and Sri Lanka hammered Kuwait by 274 runs.

The tournament is being played ahead of the U-19 World Cup in the West Indies next month.  (PTI)