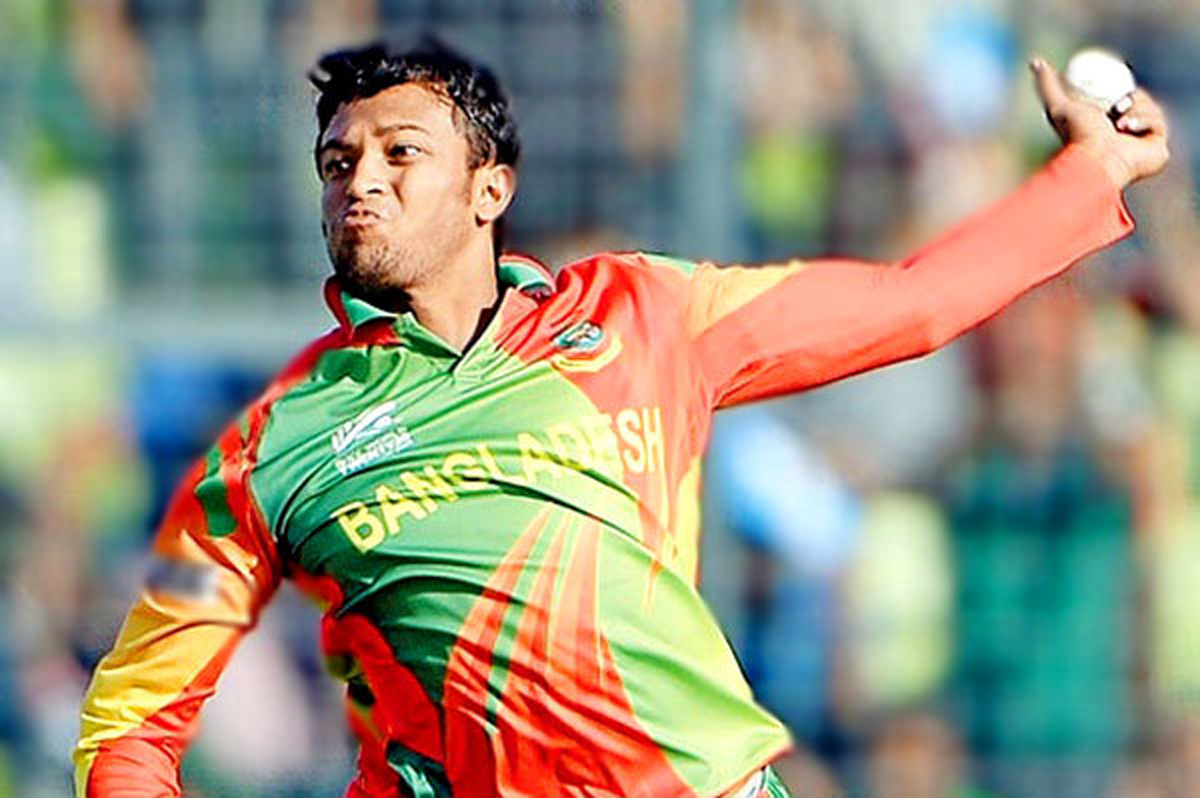 Sharjah, Oct 24:
Bangladesh’s premier all-rounder Shakib Al Hasan on Sunday became the leading wicket-taker in the history of T20 World Cups, surpassing former Pakistan skipper Shahid Afridi when he dismissed Sri Lanka’s Pathum Nissanka during their Super 12 match here.
Shakib entered the game with 39 wickets in 28 matches.
Having produced a match-winning spell (4/9) against Oman in the preliminaries, Shakib, one of the world’s leading all-rounders, found himself among the wickets in the team’s first Super 12 game, against Sri Lanka.
Afridi picked 39 wickets in 34 matches.
Shakib went past Afridi’s record when he used his vast experience to get the better of Nissanka with a flighted delivery.
Two balls later, Shakib bowled Avishka Fernando for his 41st wicket in the tournament.
With Bangladesh having made the Super 12s and guaranteed to play at least five matches, it was only a matter of time before the left-arm spinner bettered Afridi’s record. (PTI)