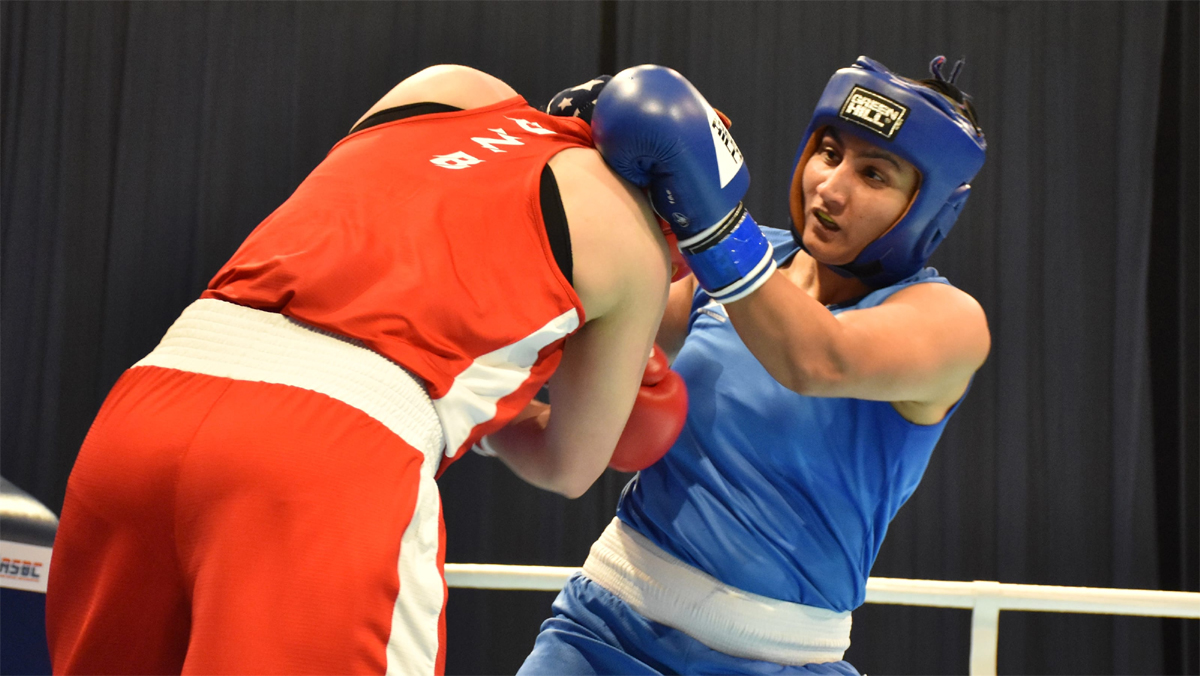 Hisar, Oct 24: Reigning Asian champion Pooja Rani of Haryana entered the quarterfinals of the 5th Women’s National Boxing Championship after a dominant win in the 81kg category here on Sunday.

Rani knocked out Kerala’s Parvathi P in the first round of the pre-quarterfinals match. Such was the ferocity of Rani’s punches that the referee stopped the contest in the first round itself at the St Joseph’s International School.

World youth champions Nitu of Haryana and Ankushita Boro of Assam maintained their winning streak as they confirmed their places in the quarter-finals of the 48kg and 66kg categories respectively.

If Neetu was all speed and manoeuvre, Ankushita, taking on Punjab’s Amandeep Kaur in the 66kg category, brought out her power game to attack her opponent with powerful jabs and uppercuts, resulting in a dominating victory via referee stops contest (RSC).

Also booking slots in the quarterfinals in the 48kg category were the Railway Sports Promotion Board pugilist Manju Rani, who won a silver on debut at the 2019 World Championships, and Tamil Nadu’s S Kalaivani.

Manju displayed tactical superiority as she comfortably defeated Uttarakhand’s Sobha Kahali 5-0 in her pre-quarter final match, while Kalaivani outpunched Gujarat’s Shital Dataniya and won the bout after the referee stopped the contest in the second round.

Joining Ankushita in the 66kg quarterfinals is All India Police’s Lalbuatsaihi, who won a lopsided contest against Haryana’s Jyoti Rani 5-0.

In the 63kg category, Haryana’s Parveen warded off the challenge of Chaoba Devi Hemam of All India Police 4-1 to make it to the quarterfinals, while Madhya Pradesh’s Manju Bamboria faced no problems against Mizoram’s Abisak Vanlalmawii, whom she beat after referee stopped the contest.

The tournament is being organised by Boxing Federation of India in association with the Haryana Boxing Sangh.

The gold and silver medallists will earn themselves a place in the national coaching camp. The remaining two names for the camp in each category will be selected on the basis of performances in the selection trials, which will take place right after the Nationals. (PTI)