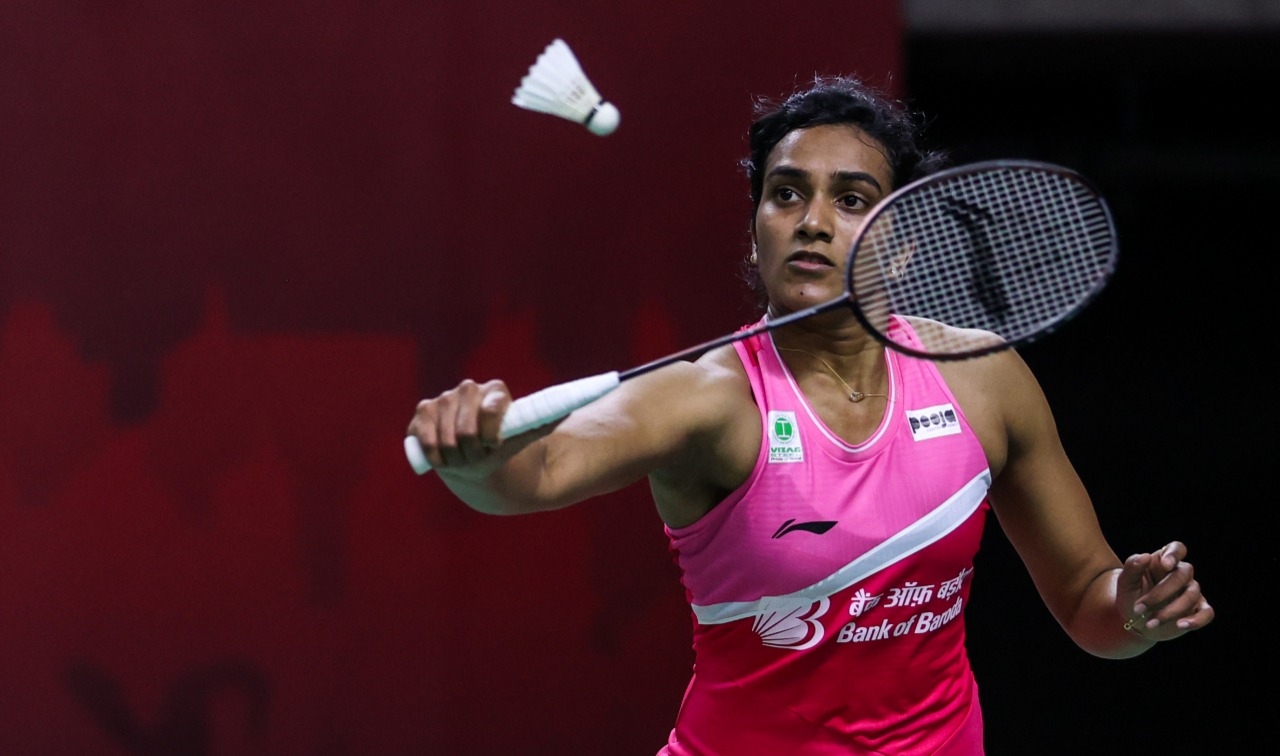 Birmingham, Jul 30:  Two-time Olympic medallist PV Sindhu hopes the Commonwealth Games will serve as a perfect launchpad for her quest to regain the world championship crown next month.

Sindhu, who won a silver and a bronze in the last two editions, is chasing an elusive gold medal at the ongoing Games and thereafter her immediate target will be the Tokyo World Championships from August 22-28.

“The ultimate goal is the Paris Olympics in 2024. But the focus right now is winning a CWG medal and then the World Championships,” Sindhu told PTI during an interaction here.

“Winning at the Commonwealth Games is a big achievement, it happens every four years. And representing our country at the biggest certainly gives a lot of pride. Hoping for the gold this time.”

Sindhu, who has claimed the Singapore Open recently, has not been able to get past the Tai Tzu Ying hurdle in recent events.

The last time she won against the World number 2 from Chinese Taipei was way back in the 2019 World Championships during her dream title-winning run.

Since then the ace Indian has endured a string of seven losses, including a quarterfinal defeat at last year’s World Championships, to take her career head-to-head to 7-17.

She has also struggled against some left-handed players like Spain’s Carolina Marin or Korea’s An Se Young.

“It’s nothing like I’m not able to crack them. It’s very important that each match matters. It just depends on that particular day,” Sindhu disagreed when asked if she had any technical flaws.

“Each player has a different style of play, different stroke play. You must strategise accordingly because as I mentioned it just depends on that particular day.

“There were a lot of matches where seeded players lose in the first round, so it also depends on the court conditions.”

Sindhu, who trains under Korea’s Park Tae Sang, has been a standout star for India in the last decade and she said focussing on learning has been the key to her success.

“Even for me, I need a lot of practice. I also need to focus on my strokes every single day. I can’t think that I have won a medal and done well.”

“That doesn’t matter, it’s past. There is more to learn. Every day there is a learning process for everyone.”

Sindhu said focusing on fitness has been the mantra for her injury-free run in international badminton.

“It’s very important to stay physically fit I would say, as an athlete that’s what we train for and we need to be injury-free,” she said.

“It’s very important to take care of our body, not just on the court but off the court as well. Training-wise, it’s important to stay fit because they are back-to-back tournaments.

“It’s important that you make sure your body is 100 per cent. If you are not up to the mark you won’t be able to play a tournament and a match. Any athlete would want to be injury free.”  (PTI)