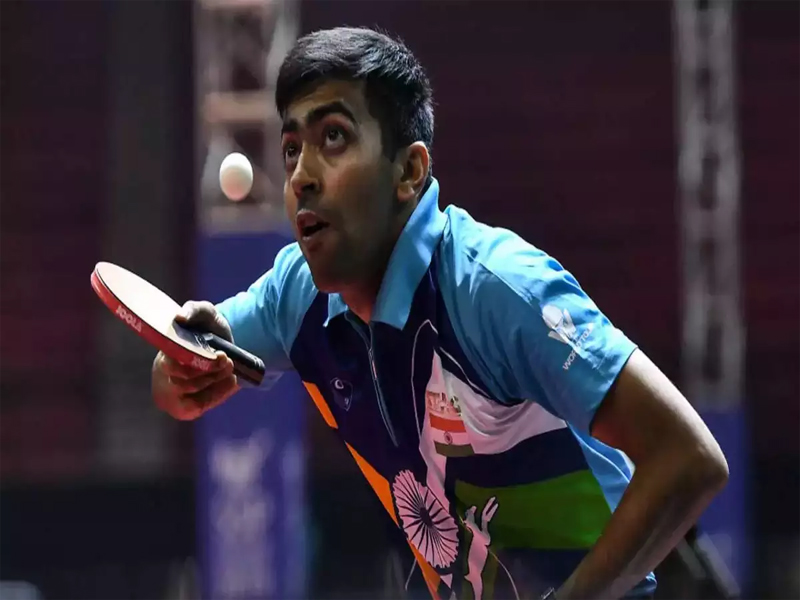 The Indian men and women table tennis players continued their impressive show at the Commonwealth Games, recording their second straight wins in the team events here on Saturday.
First up, the women’s team, led by Manika Batra, outclassed Guyana 3-0 in a Group 2 match while the men’s side also thrashed Northern Ireland by an identical margin in a Group 3 game.
The women’s team, defending the title it had won at Gold Coast four years ago, had enjoyed a winning start to its campaign on Friday after crushing South Africa and Fiji by identical 3-0 margins.
On the second competition day, the first to turn up was the pair of Sreeja Akula and Reeth Tennison and they steamrolled Natalie Cummings and Chealsea Edghill 11-5 11-7 11-7 to put India 1-0 ahead.
Then, reigning Commonwealth Games champion Batra, who became the first Indian table tennis player to win a gold in the women’s singles in the last edition, decimated Thuraia Thomas in straight games 11-1 11-3 11-3.
In another woman’s singles match, Reeth fought hard to register a 11-7 14-12 13-11 win against Chealsea Edghill, who put up a spirited show. Reeth’s win ensured that India won the tie convincingly.(PTI)