E-Paper
Home sports news Hope at least 25 per cent crowds will be allowed when India...

DUBAI, Sep 20: Prolific Australia opener David Warner wants to see “at least 25 per cent crowds” inside the stadiums when they host Virat Kohli’s India in a high-profile tour later this year.

Warner said he was looking forward to the big-ticket assignment against one of their biggest rivals.

“Well, I am looking forward to the tour which will be a great battle between two very highly competitive teams. And, I hope at least 25 per cent crowds will be allowed as was the case with some football matches. That will be fantastic,” Warner said during a virtual media interaction.

Earlier this week, Victoria state Premier Daniel Andrews said his government is negotiating with Cricket Australia and Tennis Australia to have crowd attendance for the city’s iconic sports events — Boxing Day Test and the Australian Open.

Warner is currently bracing up to lead Sunrisers Hyderabad in the 13th edition of the Indian Premier League (IPL) in the UAE.

Talking about the challenges of playing the IPL in a bio-secure bubble and without crowd, he acknowledged that it is a very different and difficult job.

The ongoing IPL is being played under strict health safety guidelines and protocols, with players and support staff set to be tested every five days throughout the tournament.

“It is difficult for some to be away from their families for such a long time. But, I do believe once the event starts, the players will be more focussed on the game. I think the BCCI and the hosts here have done a fantastic job to get the IPL going.

“All the players have to do is to be smart, look after their mental aspect well by doing small things to be fresh for any challenges,” said Warner, one of the tournament’s leading scorers in recent years.

“You play the game as the rest of things are being taken care off in these testing times during the pandemic. With no crowds at the ground which any team would miss, everyone will stay in a competitive frame of mind once the event gets along.” (PTI) 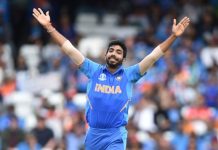