LONDON, July 1: Novak Djokovic and Maria Sharapova breezed through at a sweltering Wimbledon today where temperatures soared to a record 35.7 degrees while injury- plagued Japanese star Kei Nishikori was forced to withdraw.
Defending champion and top seed Djokovic reached the third round with a 6-4, 6-2, 6-3 victory over Jarkko Nieminen which brought down the curtain on the Finn’s All England Club career.
Djokovic will take on Australian 27th seed Bernard Tomic for a place in the last 16 as the Serb continues his bid to win a third Wimbledon and ninth Grand Slam crown.
It was Djokovic’s sixth career win in seven meetings against the 33-year-old Nieminen and the two men exchanged a warm embrace at the net once their 92-minute Centre Court duel had ended.
“It was his last Wimbledon so I congratulated him on a great career,” said Djokovic after firing 36 winners.
“He’s been around for many years and he’s one of the nicest guys off the court and a great fighter on it. It was a pleasure to play him.”
Tomic made the third round by defeating Pierre-Hugues Herbert of France, 7-6 (7/3), 6-4, 7-6 (7/5)
Fourth seeded Sharapova, the 2004 champion, outclassed Dutch qualifier Richel Hogenkamp 6-3, 6-1 in just over an hour and next faces Romanian 29th seed Irina-Camelia Begu.
Sharapova, 28, hit 23 winners as she booked her place in the third round.
With temperatures at Wimbledon at a record high of 35.7 Celsius — beating the previous mark of 34.6C in 1976 — the tournament heat rule was being used in women’s matches.
That allows a 10-minute break between the second and third sets although the rule does not apply to men. (Agencies) 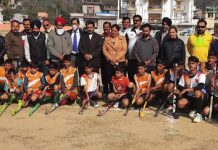 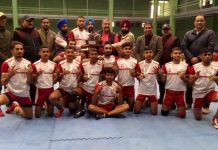 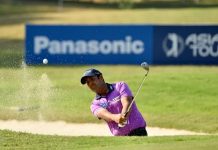 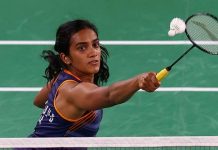