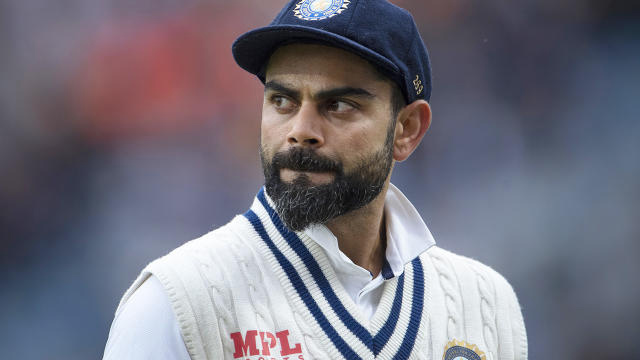 Mohali, Mar 1: The first Test between India and Sri Lanka, which will be superstar batter Virat Kohli’s landmark 100th match, beginning here on Friday, will be played in front of spectators, reversing an earlier decision to hold the game behind closed doors.

BCCI Secretary Jay Shah said in a statement on Tuesday that cricket fans will be able to witness the historic moment of Kohli playing his 100th Test match. Punjab Cricket Association confirmed that the Test match will be held at 50 per cent stadium capacity.

“The first Test between India and Sri Lanka to be played at the Punjab Cricket Stadium in Mohali will not be held behind closed doors,” Shah said in the statement.

“The decision to allow spectators into the ground is one taken by State Cricketing Associations and in present circumstances, is based on various factors. I have spoken with the PCA office bearers and they have confirmed that cricket fans will be able to witness the historic moment of Virat Kohli playing his 100th Test match.”

The BCCI Secretary said though the recent white-ball series against the West Indies was played behind closed doors, the dip in COVID-19 cases across the country allowed the hosting associations to permit crowds.

“Based on the advisories by the state health authorities, fans were able to witness the games in Kolkata and Dharamsala while UPCA had Lucknow T20I without crowds owing to polling a day before the match.

“I am really looking forward to Virat Kohli’s 100th Test and wish our champion cricketer the very best. This is an occasion for our fans to savour. May he continue to represent the country in many more matches to come.”

PCA treasurer RP Singla told PTI that crowd would be allowed at 50 per cent capacity of the stadium during the Test match.

“The BCCI has told us to go ahead with 50 per cent crowd during the upcoming Test match. BCCI treasurer Arun Dhumal had called us and informed that 50 per cent crowd will be allowed and we are now making necessary arrangements,” Singla said.

Asked if the PCA can arrange for tickets at such a short notice, Singla said, “We are always prepared. In such a short period, we will release online tickets from tomorrow.”

Earlier, it was decided that Kohli’s landmark Test would be held behind closed doors. It led to widespread criticism with many accusing the BCCI of not doing enough to celebrate the reigning superstar of Indian cricket.

Singla had said last week that spectators would not be allowed as per the directive of BCCI as there were still fresh COVID-19 cases emerging in and around Mohali.

The PCA had also decided to felicitate Kohli on his landmark achievement of playing 100 Tests. Kohli has scored 7962 runs from 99 Tests at an average of 50.39. (PTI)