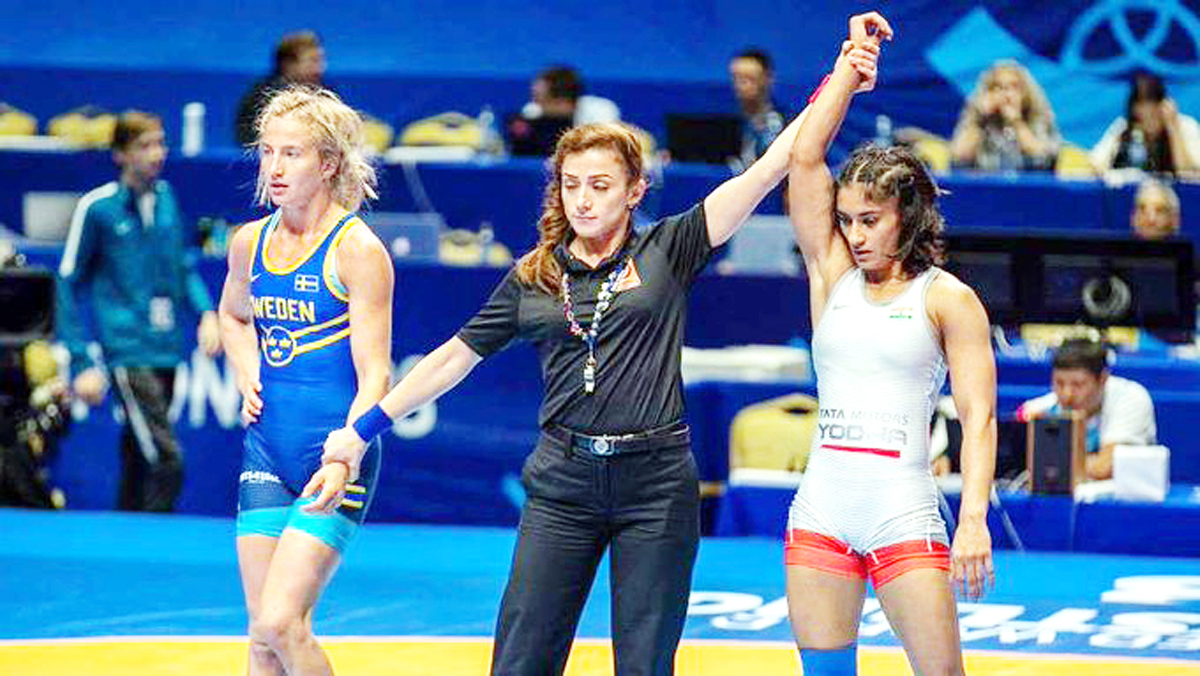 Nur-Sultan (Kazakhstan), Sept 18:
Indian wrestling had a lot to celebrate on Wednesday as Vinesh Phogat secured Tokyo Olympics qualification and won a bronze, while Pooja Dhanda put herself one win away from her second medal at the World Championships here.
Having endured a medal-less run in three World Championships before, Vinesh finally ended the drought by pinning wrestler Maria Prevolaraki by fall in the bronze-medal bout.
“It is my first World Championship medal and it is a big thing to win a medal at the Worlds,” Vinesh told reporters.
Vinesh is now one of India’s most successful wrestlers with gold medals at the Commonwealth Games and the Asian Games, already in her cupboard.
Adding to the elation of the Indian camp was a gritty show by Pooja in the 59kg, a non-Olympic category.
Pooja reached the semifinals with a remarkable come-from-behind 11-8 win over Japan’s Yuzuka Inagaki before losing the semifinal by technical superiority to Russia’s Liubov Ovcharova, the 2017 European champion.
She will now fight for her second bronze medal at the Worlds, having won one in 57kg at the 2018 Budapest edition.
Pooja can now become the first female wrestler and only second Indian to win two World medals. (PTI)