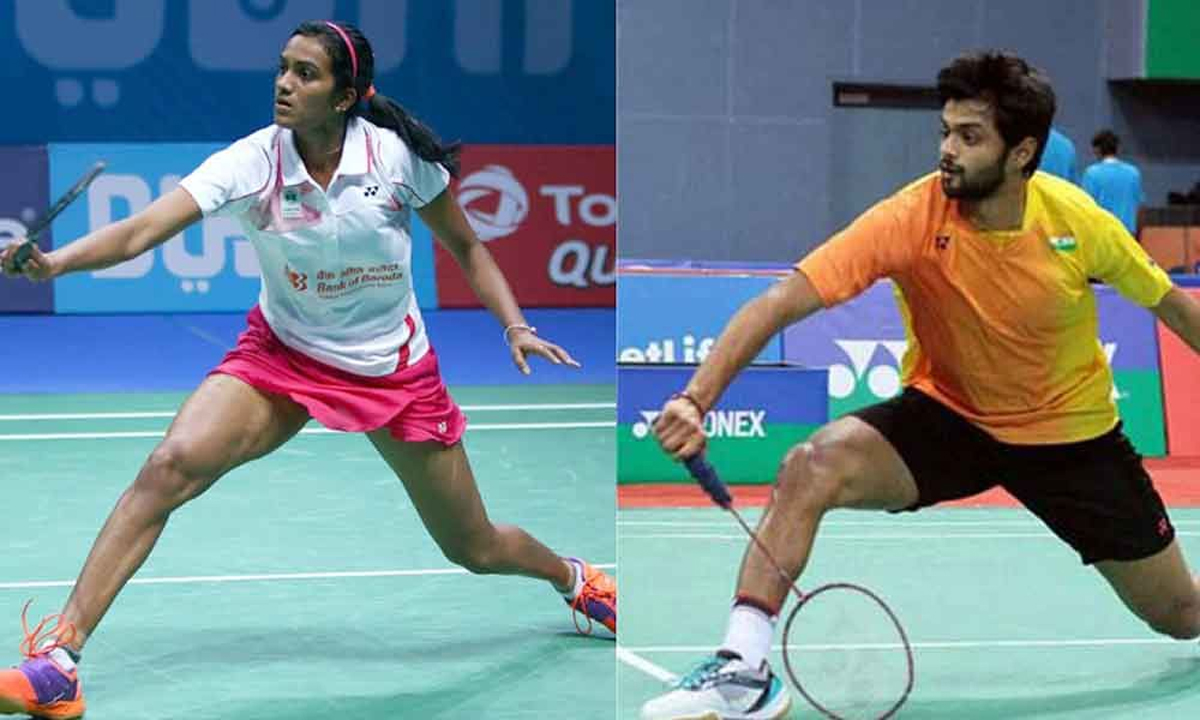 KUALA LUMPUR, Jul 8: Reigning world champion P V Sindhu and B Sai Praneeth were handed easy group stage outings in the badminton draws unveiled on Thursday for the Tokyo Olympics beginning July 23.
While Rio Games silver-winner Sindhu has been seeded sixth and drawn in Group J of women’s singles, Praneeth was seeded 13th in Group D of men’s singles competition.
World no 10 men’s doubles pair of Chirag Shetty and Satwiksairaj Rankireddy will be competing in Group A.
Sindhu will face Hong Kong’s world number 34 Cheung Ngan Yi and Israel’s Ksenia Polikarpova, ranked 58th, in the league stages and is likely to face Denmark’s 14th seed Mia Blichfeldt in the pre-quarterfinals.
Praneeth, on the other hand, will have to go past world no 29 Mark Caljouw of the Netherlands and Isreal’s Misha Zilberman, ranked 47th.
The 28-year-old from Hyderabad will face the winner of Group C if he tops the group.
Chirag and Satwiksairaj, however, were handed a tough draw which was announced by BWF on Thursday.
The Indian duo will have to compete against top-seeded Indonesian pair of Kevin Sanjaya Sukamuljo and Marcus Fernaldi Gideon, Chinese Taipei’s world no 3 Lee yang and Wang Chi Lin and England duo of Ben Lane and Sean Vendy, ranked 18th.
In doubles, the top two teams in the group go through to the quarter-finals.
Chirag and Satwik will meet the Group D runners-up, which has second seeds Mohammad Ahsan and Hendra Setiawan, if they top Group A, while a second place finish will see them take on the winners of Group B, where home favourites Hiroyuki Endo and Yuta Watanabe have been drawn.
In the singles competition, the top player from each group will qualify for the knock-out stages.
In women’s singles, Chinese Taipei’s Tai Tzu Ying will have to fend off group challengers Thuy Linh Nguyen (Vietnam), Qi Xuefei (France) and Sabrina Jaquet (Switzerland), with the group winner set to have a bye in the first round of the knockout draw.
Tai is in the same quarter as fifth seed Ratchanok Intanon and 14th seed Gregoria Mariska Tunjung.
Egypt’s Doha Hany, the only player who is competing in three categories, is drawn with top seed Chen Yu Fei and Turkey’s Neslihan Yigit in women’s singles Group A.
Among top men’s singles players, Olympic bronze medallist Viktor Axelsen, former All England champion Shi Yu Qi and Asian Games gold-medallist Jonatan Christie will be in the same quarter of the knockout draw should they top their groups according to seeding.
Reigning Olympic champion Chen Long, whose group mates are Spain’s Pablo Abian and Estonia’s Raul Must, is to face All England champion Lee Zii Jia in the first knockout round. (PTI)