JAMMU, July 8: Three ace mountaineers of Mountaineering Association of J&K (MAJK) namely Stanzin Youthog, Manik Slathia and Ambreen Fatima have scaled Draupati Ka Danda peak (5680m) in Garhwal Himalaya as a part of selection camp for Pre Everest Expedition.
The selection camp was organized by Indian Mountaineering Foundation (IMF), the apex body for adventure sports in the country, at Nehru Institute of Mountaineering (NIM), Uttarkashi from June nine to June 30.
“A total of 43 mountaineers, including 10 girls had been short listed by the IMFI for this selection camp. Another selection camp was also conducted at Jawahar Institute of Mountaineering
(JIM) Pahalgam in Kashmir and a total about 40 mountaineers are expected to be selected for the Pre Everest Massif expedition to a peak above 7000m scheduled to be organized in the post monsoon season (August -September),” generals secretary of MAJK, Ram Khajuria told SAN.
Based on the performance of the participants in the Pre Everest expedition final team will be selected by the IMF for a major expedition to scale four prominent peaks in the Everest massif region from Everest base camp.
“The peaks are Mount Everest, the highest peak on the Earth, Lhotse(8516m), the 4th highest peak in the world, Nuptse (7861m) and Pumori (7161m). The selected mountaineers shall also undergo Winter training during December2019-February, 2020 before undertaking the expedition to the peaks,” informed Khajuria.
Earlier, 43 mountaineers from across the country reported at NIM, Uttarkashi on June nine. Prominent among the trainees were Sheetal, the youngest mountaineer in the world to scale Kangchenjunga in 2018 and Everest in 2019; Everesters Daljinder Singh from Punjab, Nanda Dass from Bangalore, Khimi Ram from Himachal Pradesh and Vineet Joshi from from Andaman- Nocobar Island. 21 years old Ambreen Fatima of J&K had the distinction of being the youngest participant in the selection camp.
The camp started with a week- long physical training and acclimatization which included long treks with heavy loads and glacial training followed by latest techniques of climbing for few days. Then the team shifted to the base camp of Draupti Ka Danda peak and finally scaled the peak on 25th June.
Whereas Anshu Jamsenpa, who has the distinction of scaling Everest five times and twice within five days was the observer from IMF, Wing Commander S K Kutty was the coordinator of the selection camp.
It is pertinent to mention that Stanzin Youthog, a constable in J&K Police, is an experienced mountaineer of J&K having the distinction of being the first Indian girl along with two others to scale Shivling peak, technically a very difficult peak. She has also scaled and participated in many other expeditions to formidable peaks.
Similarly, Manik Slathia, a college student, is also an accomplished mountaineer who has successfully completed all the mountaineering courses and has scaled Matho Kangri (6230m), Stok Kangri, Kolhai peak in J&K and Dharamsura (6420m) in Himachal Pradesh during an Alpine camp organized by IMF.
Earlier in February this year he was among the four mountaineers selected by IMF for an expedition to Everest but unfortunately that expedition did not mature. On the other hand Ambreen Fatima of Kargil, a student of Govt. College for Women, Gandhi Nagar, Jammu is a fast upcoming mountaineer of J&K who has completed the necessary mountaineering courses and has also summited Matho Kangri (6230m) in Ladakh during an expedition organized by MAJK and Deo Tibba (6001m) in Himachal Pradesh in an expedition organized by NCC. 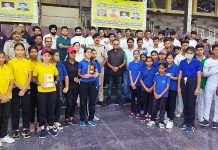 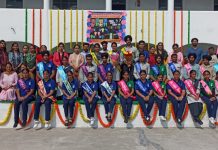 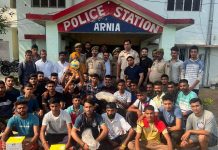 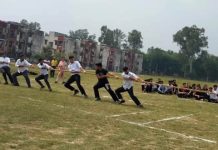 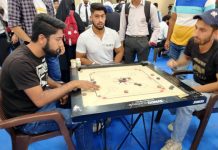 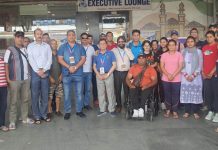 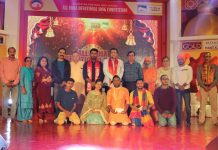 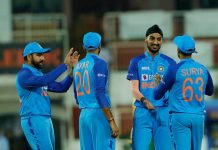 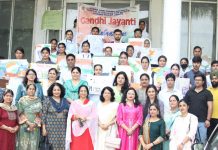 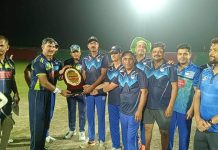