Montmelo (Spain), Aug 14: Valtteri Bottas posted the fastest time in the first practice for the Spanish Grand Prix ahead of Mercedes teammate Lewis Hamilton on Friday.
The Finnish driver was .039 quicker than championship leader Hamilton and about 1 second ahead of Max Verstappen, who leapfrogged Bottas into second place in the standings after winning last Sunday’s race at Silverstone.
There was an encouraging improvement for Ferrari’s Sebastian Vettel, who placed fifth behind his teammate Charles Leclerc. Ferrari changed the chassis on Vettel’s car following a dismal run of form.
Sergio Pérez was seventh for Racing Point after recovering from the coronavirus and testing negative. The virus forced the Mexican to miss the last two races at Silverstone in England after he contracted it last month. Following the Hungarian GP on July 19 he flew by private plane to Mexico, where he visited his mother in hospital after she had an accident.
Mexico has the world’s third-highest total of deaths from COVID-19 more than 55,000 as of Friday with only Brazil and the United States recording more.
Pérez defended his decision to fly home.
“I haven’t done anything different to the rest of the paddock. So I was just the unlucky one to get it,” Pérez said.
“That’s one thing. But I’m not willing to take any blame for that because anyone can get it.”
Governing body FIA cleared him on Thursday to return to the paddock.
“I’m very happy to be back, to finally be rid of the virus and be back with my team. It’s been tough,” Pérez said.
“I couldn’t leave the room, so I was basically on lockdown for 10 days.”
Pérez, who was briefly replaced by veteran German driver Nico Hulkenberg, felt well enough to keep exercising.
“I was actually training in the apartment where I was,” Perez said.
“I was extremely lucky not to have any big symptoms other than a little bit of headache, and one or two days I felt very tired.”
No other F1 drivers have tested positive after the first five races of the season.
There is a second practice session later Friday, where conditions are expected to be even warmer on the circuit located just outside Barcelona.
High track temperatures worked against Mercedes last Sunday, with both drivers experiencing tire troubles. (Agencies)

Chahal reaping rewards of his quicker googlies in heavenly ‘UAE’ 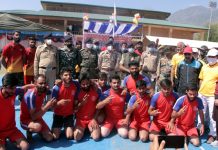 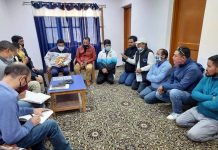 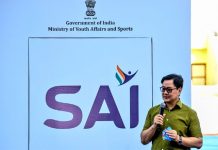 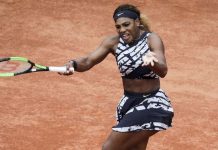 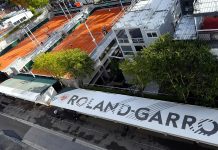