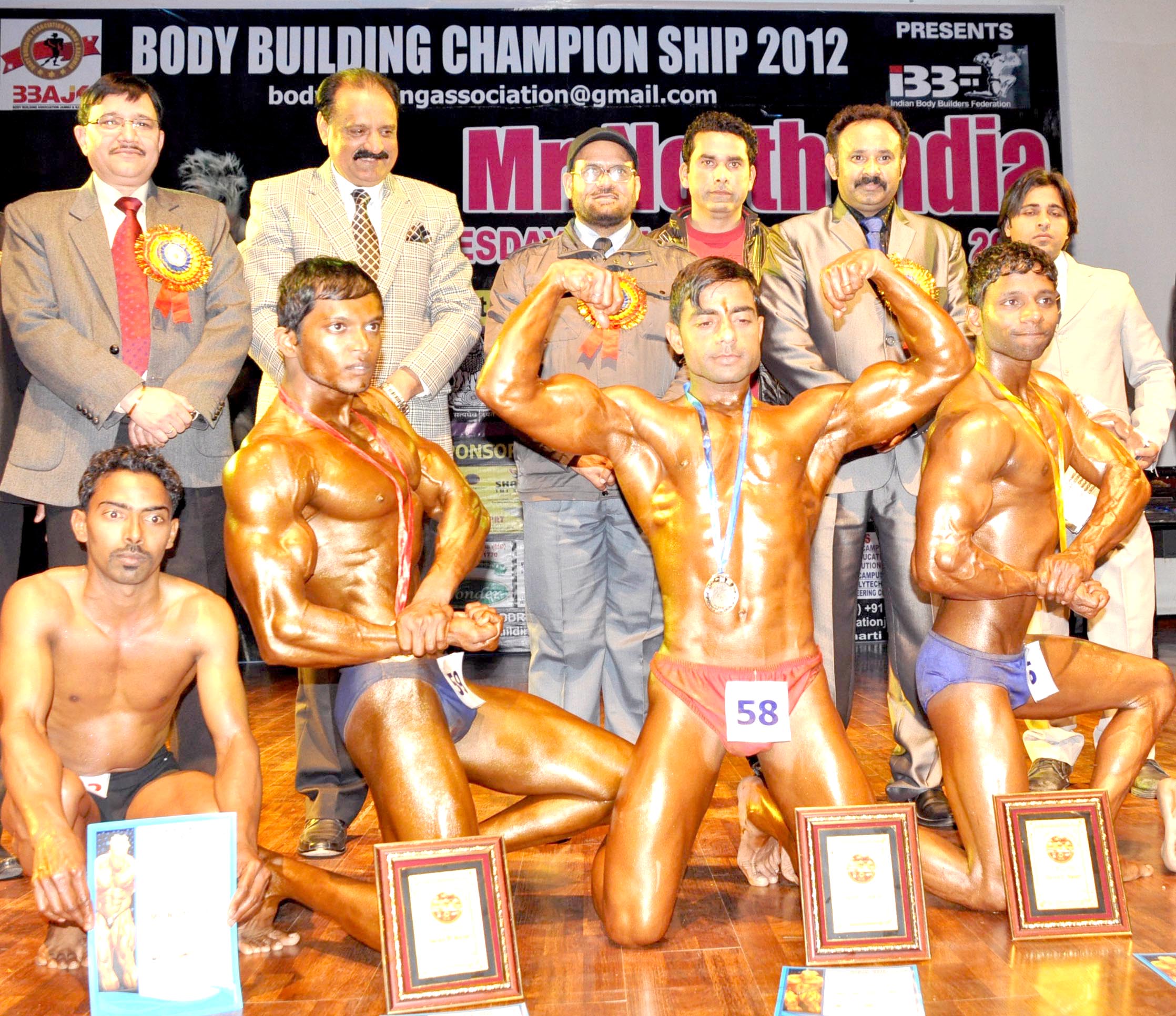 Excelsior Sports Correspondent
JAMMU, Dec 18- Highlighting the importance of sports, the Minister for Industries and Commerce, S S Slathia today said physical activities are imperative for developing a sound body and sound and sound mind.
Speaking at the concluding function of two-days Body Building Championship-2012, held at Police Auditorium, Slathia assured the players that the Government is keen to provide all the basic sports facilities to enable youth to compete at national and international level.
Slathia was chief guest on the occasion. The function was organized by the Jammu and Kashmir Body Builders Association (J&KBBA) in collaboration with Indian Body Builders Association under the aegis of Union Ministry of Youth Services and Sports.
As many as 120 Athletes/Body Builders from States of the country including J&K, Punjab, Haryana, Chandigarh, Himachal Pradesh, Utter Pradesh, Delhi, Uttaranchal and Rajasthan.
Slathia congratulated the BBA of J&K for organizing the event in Jammu after a gap of about four year. Earlier, Body Building Championship was held in the State in 2008.
Slathia said that it was very encouraging that the youth of the State have starting to take up sports not only as their career option but as a hobby adding that the State Government has already reserved a fixed quota in professional trainings to encourage youth towards sports. He said coalition Government under the leadership of Chief Minister, Mr. Omar Abdullah have accorded priority to sports promotion in the State for which basic sports infrastructure all government schools at tehsil and district levels is being developed in a phased manner by investing crores of rupees.
It was informed on the occasion that the winners in the Body Building Championship-/2012 will be offered Government jobs and special concession in Railway travel.
Slathia lit the traditional lamp to kick start the Mr. North India, Body Building Championship and gave away trophies to the Mr. North India and champion of the champion, who were adjudged best by a team of expert judges.
The Provincial President, NC, Rattan Lal Gupta was Guest of Honour.
The function was, besides a large number of sports lovers were attended by World Champion Body Builder, Prem Chand, DIG Armed Police, Johnny Williom, NC leader, Lakshmi Dutta.
In the first category, Deepak Kumar from UP won 1st prize, followed by Pawan Malhotra of Punjab. Parveen Kumar of J&K’s won the 4th prize.