NEW DELHI, Jul 15: Anjum Moudgil entered the COVID-19-forced lockdown as an accomplished shooter and a painter.
By the time the world rids itself of the pandemic, she will have added two more attributes to her multi-faceted personality — a good Samaritan and a master in matters of the mind — having completed a degree in sports psychology some time ago.
Moved by the plight of the daily workers and support staff involved with the sports community, the Olympic-bound India shooter has decided to auction some of her paintings to raise funds for them.
The 26-year-old has also been offering counselling sessions to her friends, some of whom happened to be shooters, at a personal level.
“I have decided to auction the paintings. The proceeds from the auction will be donated to Play for India which is supporting daily workers and support staff members of the sporting community. It’s for those who have been most affected, struggling to make ends meet,” Anjum told.

Backed by some of India’s biggest sporting stars, the Play for India initiative was launched to help individuals who have been badly affected by the suspension of sports activities due to COVID-19 outbreak since March.
Anjum also doesn’t mind helping friends and fellow shooters when it comes to dealing with mental issues.
“I have done a few counselling sessions with friends who are also shooters,” she said.
The degree has also helped her to deal with demands of shooting better.
“During times like these, it helps one to maintain composure and not lose the plot,” she said.
Anjum, who was one of the first Indian shooters to secure a Tokyo Olympics quota, is glad to be spending time with her family after a long time.
The shooter bagged the Olympic quota with a silver medal at the 2018 World Championships in Korea and has been travelling the world almost through the year for some time now because of her assignments.
During the lockdown, the Chandigarh-based shooter has also used her paintings to raise funds to help the needy ones in her native state of Punjab.
“I have sold my hand-painted diaries to raise money for an NGO which is providing help to the villages affected by the pandemic.”
Besides, she has also also sold her dairies and donated to help a cancer patient.
“In the school my mother teaches, there is a lady whose son is battling cancer, so I donated money for his treatment. I am also pulling in money to help the affected people.”
A world class shooter, Anjum claimed a silver medal in the women’s 50m rifle 3 positions (3P) event at the ISSF World Cup in Mexico in 2018.
She is also a Commonwealth Games silver medallist and has also held the world number 2 spot in women’s 10m air rifle rankings besides being India No. 1 in women’s 50m 3 positions.
She is training in earnest for the Olympics and is getting ready for the national camp. (PTI) 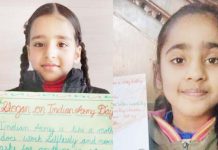 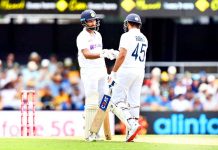 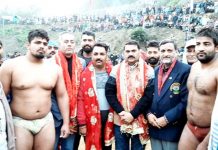 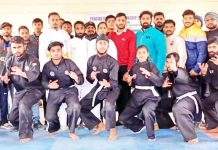 SC to hear pleas on farm laws after recusal of member from panel set...