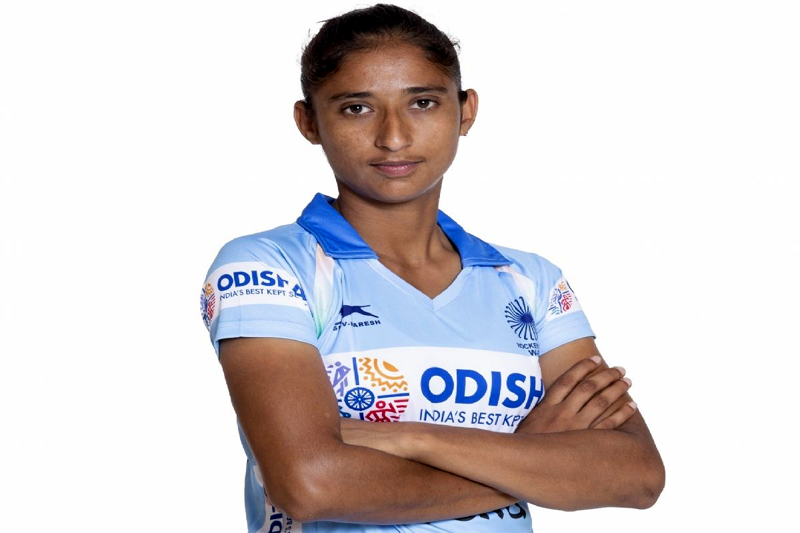 NEW DELHI, July 7: Born in small village named Mugal Chak in Naushehra Pannua taluk near Tarn Taran, Punjab, Rajwinder Kaur the eldest of three sisters and a brother grew up in a culture where girls had to work the chores at home and sweat it out in near by farms for daily wage. Studying was never mandatory, and playing hockey was a rarity.

Her father an auto driver and mother a house wife, there were days in Rajwinder’s growing up years when hoping to eat three meals a day was a luxury.

But Rajwinder’s fate was to change when a few seniors in her school Sri Guru Arjun Dev Public School insisted on her taking up hockey.

“I wanted to be an athlete. I had the speed but when I was in standard IX, my seniors asked me to pursue hockey, I took the chance,” says the 21-year-old who is part of the senior women’s core probables group.

Her speed, abilities as a striker and natural flair caught the attention of national selectors during domestic tournaments in 2015. Soon, she was picked for the junior national camp and was given an opportunity to play for India at the U-18 Asia Cup 2016 in Malaysia.

“In 2017, I received a call up for the senior national camp where I got to closely interact with several top players. Everyone comes from very difficult backgrounds and each one’s personal story is motivating but Rani’s struggle in her younger days and her subsequent rise in the sport gives me hope  because I too come from similar background and I hope I can also pull my family out of poverty by doing well in hockey,” explains Kaur, a striker who also doubles up as attacking midfielder. (AGENCIES)