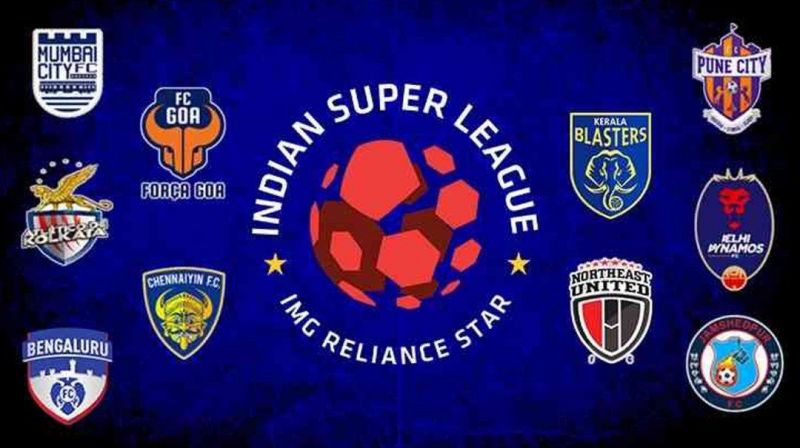 The 2018-19 edition of ISL was a showpiece that managed to set the audience’s hearts racing till the very end. The fifth edition of the tournament ended with the Carles Cuadrat coached Bengaluru FC side taking home the trophy having nudged fellow finalists FC Goa by one goal to nil courtesy of an extra-time header from Rahul Bheke.

For the sixth year running, the event is all set to pull large audiences owing to its ability to provide raw, unadulterated entertainment. Without further ado, let us list the players who possess high probabilities of finishing as the top scorers next season(in no particular order): An absolute fan favourite, the India and Bengaluru FC captain is greeted by rapturous crowds irrespective of where he plays within the country. Deployed mainly as a striker by the Spaniard Cuadrat, Chettri managed a decent haul of 9 goals in 19 appearances for the club and helped them to remain on top of the ISL Points Table.

Chettri spells goals and the current AIFF player of the year award holder would hope to fish out a bucket load in tandem with the arriving Manuel Onwu. How can we compile a list of ISL top scorers and leave Corominas out of it? The Spaniard has reigned supreme over the past two editions of the tournament having scored 18 and 16 goals in 2017-18 and 2018-19 respectively. He seeks to complete a hattrick by securing his third consecutive golden boot in the tournament. ‘Coro’, as he is widely known, has agreed to another extension that will see him don the colours of FC Goa once again. Linking up with yet another Spaniard in Corominas, Bedia contributed 7 goals and 5 assists from midfield in FC Goa’s run to the finals of the tournament. With him being deployed in a more advanced role by manager Sergio Lobera, Bedia’s clinical nature in front of goal came to the fore which more than compensated for Manuel Lanzarote’s departure to ATK.

He will be hoping to go one better and win the tournament this year. Having finished as the second-highest goalscorer in the competition with 12 goals, Modou Sougou will hope to gain a foothold on Coro and elevate both himself and his team, Mumbai City FC to the upper echelons of Indian football. Having succumbed to FC Goa in the semi-finals, the club decided to renew their leading goalscorer’s contract with the aim of getting their hands on the coveted trophy for the first time ever. The Senegalese will hope to power his team through and take home the prized golden boot. Bartholomew Ogbeche finished second on the scoring charts last year, sharing the distinction with the Senegalese Sougou. He has since then signed for Kerala Blasters for the upcoming edition of the competition, from previous employers NorthEast United. The Nigerian will be hoping to emulate his feats in South India and lead the Kerela based outfit to their first major honour. Manuel Onwu falls into the long growing list of Spaniards to represent Bengaluru FC. Having top-scored for UCAM Murcia CF in the Spanish Segunda Division last season with 11 goals, Onwu was brought in with a view of replacing the outgoing Miku. He will hope to emulate Miku’s tenure at the club and help them successfully defend their crown. The signing of Roy Krishna, the Fiji national team’s captain, and the A-league top scorer can be seen as a warning sign that ATK are issuing to their opponents. Having failed to qualify for the semi-finals last year, the team from Kolkata have gone big with the signing of Krishna. The Fiji international preys on defences and is a clinical finisher, something that ATK desperately craved last season.