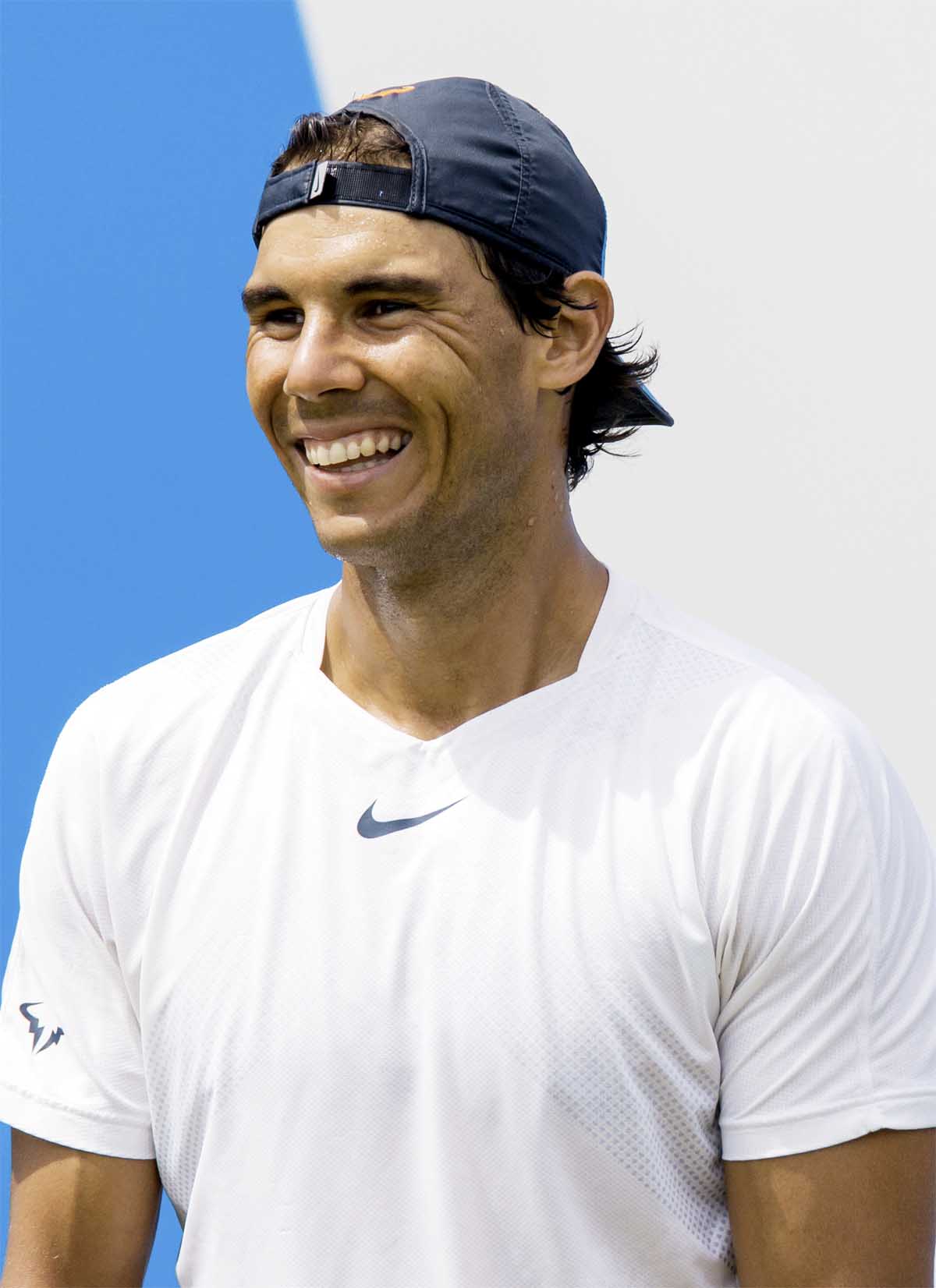 Melbourne, Jan 23: Rafael Nadal finally got the better of a crazy, long tiebreaker and knew he’d won half the battle.
After saving four set points and missing with the first six of his own, Nadal finally clinched a tiebreaker that lasted 28 minutes and 40 seconds to set himself on course to secure a spot in the Australian Open quarterfinals for a 14th time.
After his 7-6 (14), 6-2, 6-2 fourth-round victory over fellow left-hander Adrian Mannarino on Sunday, Nadal is potentially just three wins away from a men’s record 21st Grand Slam singles title.
He later reflected on a tiebreaker where momentum swung wildly; where chants of “Let’s go Rafa, Let’s go!” rang out; where a point was decided on a 25-shot rally with both players scrambling at full stretch; and that ended only when Nadal volleyed from deep in the court and Mannarino’s reflex reply skewed wide.
Nadal will next play Denis Shapovalov, the 22-year-old Canadian who finished off a 6-3, 7-6 (5), 6-3 win over Olympic gold medalist Alexander Zverev on Margaret Court Arena less than an hour later to reach the last eight in Australia for the first time.
Shapovalov had to isolate after testing positive for COVID-19 when he arrived in Australia ahead of the year’s first major, but recovered quickly to help Canada win the ATP Cup in Sydney and now reach a Grand Slam quarterfinal for the third time.
Women’s No. 1 Ash Barty advanced to the quarterfinals for the fourth straight year when she beat 20-year-old American Amanda Anisimova 6-4, 6-3.
Barty is aiming to be the first Australian woman to win her home Grand Slam title since 1978 and has gone through the first four rounds without dropping a set.
Anisimova, coming off a third-round upset over defending champion Naomi Osaka, broke Barty’s opening service game of the second set — a first for the tournament — but the two-time major winner responded by taking six of the last seven games.
Barty beat Anisimova in the semifinals of the French Open in 2019 on the way to winning her first Grand Slam title and won her second at Wimbledon last year.
She’ll next play No. 21-seeded Jessica Pegula, who beat fifth-seeded Maria Sakkari 7-6 (0), 6-3.
French Open champion Barbora Krejcikova breezed to a 6-2, 6-2 win over two-time Australian Open champion Victoria Azarenka and is into the last eight for the third time in four Grand Slam events.
Wimbledon runner-up Matteo Berrettini completed a Grand Slam set with a 7-5, 7-6 (4), 6-4 win over 19th-seeded Pablo Carreno Busta in the last match on Day 7.
The seventh-seeded Berrettini has now reached the quarterfinals at all four of the tennis majors and will next play No. 17 Gael Monfils, who beat Miomir Kecmanovic 7-5, 7-6 (4), 6-3. The 35-year-old Monfils made it to the last eight for the second time in 17 trips to Melbourne Park.
Nadal, in his 17th campaign in Australia, is now tied with John Newcombe in second spot on the all-time list for most Australian Open quarterfinals, one behind Roger Federer’s 15.
It’s also the 35-year-old Spaniard’s 45th time into the last eight at a Grand Slam tournament, which is third on the all-time list behind Federer (58) and Novak Djokovic (51).
He shares the men’s record of 20 major titles with Federer and Djokovic. But he’s the only one of the trio playing in this tournament. Nine-time Australian Open champion Djokovic was deported on the eve of the tournament because he didn’t meet Australia’s strict COVID-19 vaccination rules. Federer is recovering from injury.
Mannarino, who didn’t finish his 4-hour, 38-minute four-set, third-round win over No. 18 Aslan Karatsev until after 2 a.m. On Saturday and appeared to be hampered by an abdominal or upper leg injury, threw everything at Nadal in the opening set on Rod Laver Arena, where temperatures approached 33 Celsius (91 F).
“After first set I couldn’t really fight against Rafa,” said the 33-year-old No. 69-ranked Mannarino.
“You know, he was playing too well for me not to be 100%. The second and third set just went all the way for Rafa, so that’s it.”
The first set lasted 85 minutes, including the ‘breaker, but after getting early breaks in the second and third sets the match was over in 2 hours, 40 minutes.
“I’m very happy I survived that first set, without a doubt,” said the sixth-seeded Nadal, who saved one of the only two breakpoint chances he faced, and converted five of 17.
“That crazy first set was so important.”
The No. 14-seeded Shapovalov spent almost 11 hours on court through the first three rounds, winning twice in four sets and once in five, and was surprised by the relative speed of his 2-hour, 21-minute win over Zverev.
“Definitely happy with where the game is at,” he said.
“I played pretty smart today.”
Shapovalov reached the U.S. Open quarterfinals in 2020 and was a semifinalist at Wimbledon last year, his career-best run to date at a major. He’ll have to step it up against one of the greatest in the game.
“It’s always an honor to go up against a guy like Rafa,” Shapovalov said.
“It’s always fun. Always going to be a battle against him.” (Agencies)