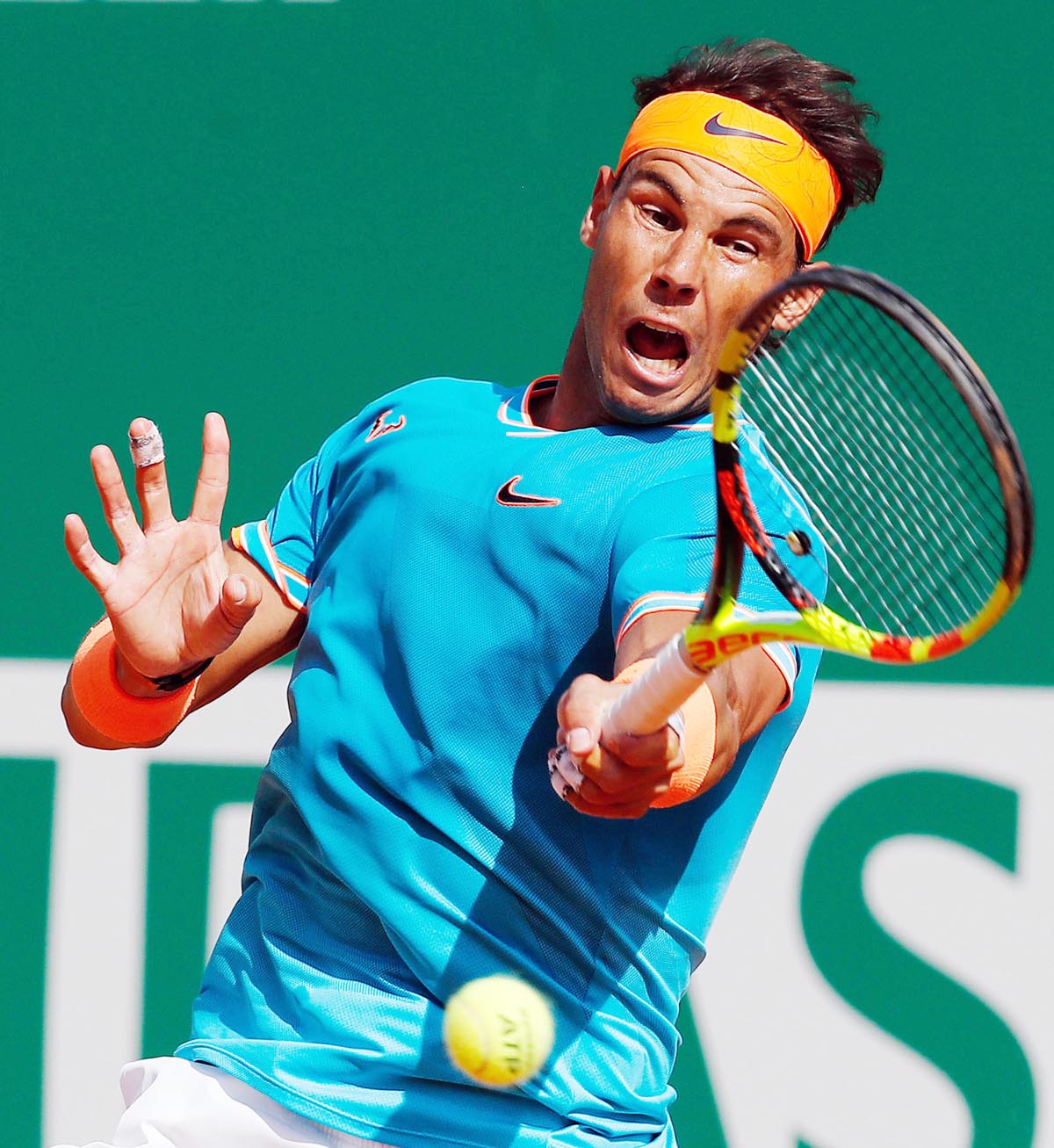 Paris, Apr 19:
The 11-time winner Rafael Nadal continued his journey with a 7-6 (1), 6-3 victory over Guido Pella, while world No. 1 Novak Djokovic was shocked by Daniil Medvedev 6-3, 4-6, 6-2 in ATP Monte-Carlo Masters quarterfinals on Friday.
Nadal has improved his record at the Monte-Carlo Masters to 71-4. The last player to defeat him at this tournament was Novak Djokovic in the 2015 semifinals.
The Spaniard found himself 4-1 down in the first set, while managing a tiebreak where he triumphed at 7-1.
“I was lucky at 4-1, he had two points to be 5-1 and with 5-1 it’s almost impossible. I was lucky to escape that moment and then I played better,” Nadal pointed out.
Nadal will next take on Fabio Fognini, as the latter overcame Borna Coric 1-6, 6-3, 6-2. Nadal leads Fognini 11-3 in their head-to-head series.
Despite losing each of their previous duels, Medvedev broke the two-time former champion on five occasions to reach his first ATP Masters 1000 semifinal.
“It’s definitely the best match of my career, not in terms of level of tennis, but definitely by the result.
It’s my first Masters 1000 semifinal, beating No. 1 for the first time in my life. It’s just amazing,” Medvedev said.
Medvedev set up a semifinal encounter on Saturday with another Serbian Dusan Lajovic, who got past Lorenzo Sonego 6-4, 7-5. (Agencies).