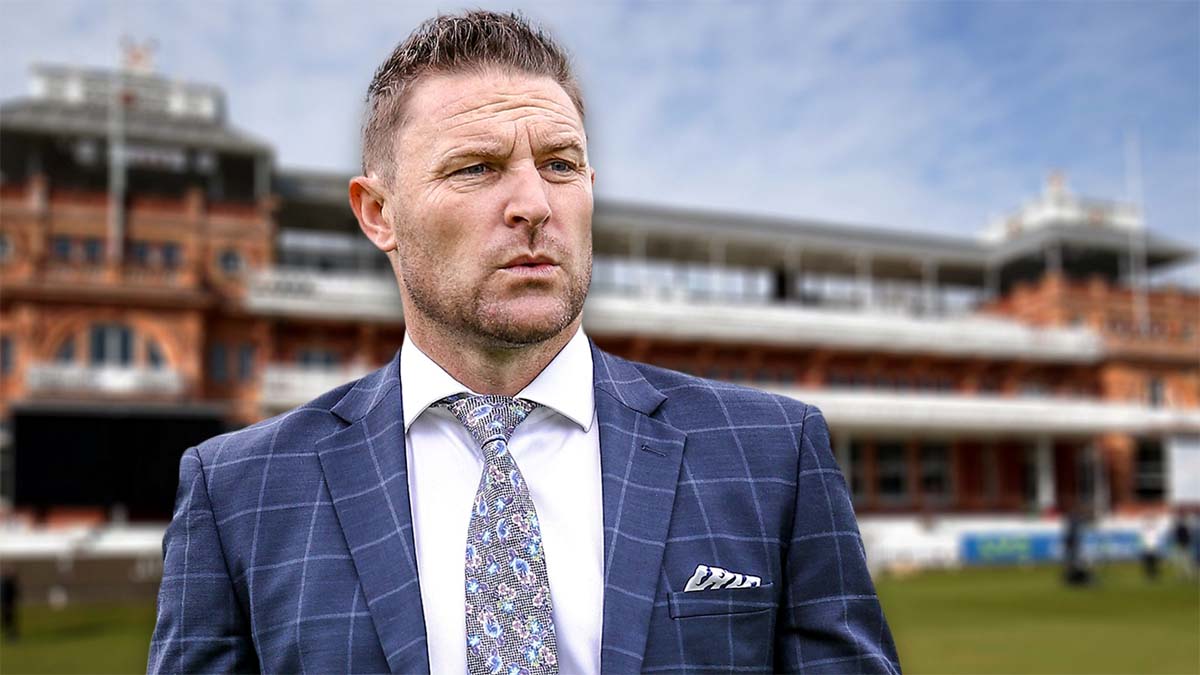 RAWALPINDI, Nov 28: England coach Brendon McCullum aims to continue playing an aggressive brand of test cricket when his team takes on Pakistan in a three-test series starting Thursday.
Under McCullum, England showed plenty of aggression in the longer format of the game at home this summer when it routed coach’s home country New Zealand 3-0 and beat South Africa 2-1.
“One of the things we try and do is respect the conditions but at the same time if we are given the opportunity to try and play aggressive and attacking cricket, we’ll try and take that option,” McCullum told reporters on Monday as England had its first training session at the Pindi Cricket Stadium — the venue for the first test.
“The guys who are in our squad, that’s how they play their cricket and that’s what gives them the most amount of freedom and the best opportunity to perform at the highest level.”
England has plenty of flare in its middle-order with the likes of captain Ben Stokes, Liam Livingstone and Harry Brook to score at a rapid pace with experienced Joe Root also showing glimpses of aggression at home in this summer.
McCullum was excited that his team will be taking up the challenge of playing in Pakistan for the first time since 2005. Only veteran James Anderson has experience of the conditions when he toured with the team 17 years ago.
“We understand the size of the challenge in front of us,” he said.
“You don’t want easy challenges. You want to take on the best in their own conditions … I don’t know if we’re going to win the series. I can almost guarantee when the skipper comes in here in 48 hours time he’ll say there’ll be no draws in the series.
“To win away from home is the greatest accomplishment you can achieve as a test player and as a test side.”
The opener at Rawalpindi will be followed by matches at Multan (Dec. 9-13) and Karachi (Dec. 17-21), with big crowds expected for each. England drew large crowds for a seven-match series in Karachi and Lahore in September and October prior to the T20 World Cup in Australia, where it beat Pakisant in the final.
“That’s what we want from red-ball cricket all around the world, stadiums packed out and fans getting behind their local team,” McCullum said.
“We’re lucky that the crowd here is sold out and that’s kind of what we want. The skipper (Stokes) wants them to be rockstars and to be a rockstar you’ve got to play in front of the big houses. We’ve got that opportunity to do that.”
The home team will be without its key fast bowler Shaheen Afridi, who is ruled out of the series because of a knee injury, but McCullum said Pakistan still has plenty of talented players.
“He’s (Afridi) a big loss, no doubt,” McCullum said.
“But one thing when you play against Pakistan, you look at their team sheet and you see talent. It’s a very good Pakistan squad, it’s well-rounded, it’s got some experience and some youth, with both batting and bowling, and they’ll be a tough challenge. We know we’ll have to play well if we’re going to be successful.”
Pakistan has plenty of surprises up in its sleeves, especially in the bowling department as it has named uncapped fast bowlers Haris Rauf, Mohammad Ali and mystery spinner Abrar Ahmed in its 18-man squad for the test series. (AP)

One injured as Dumper rolls down