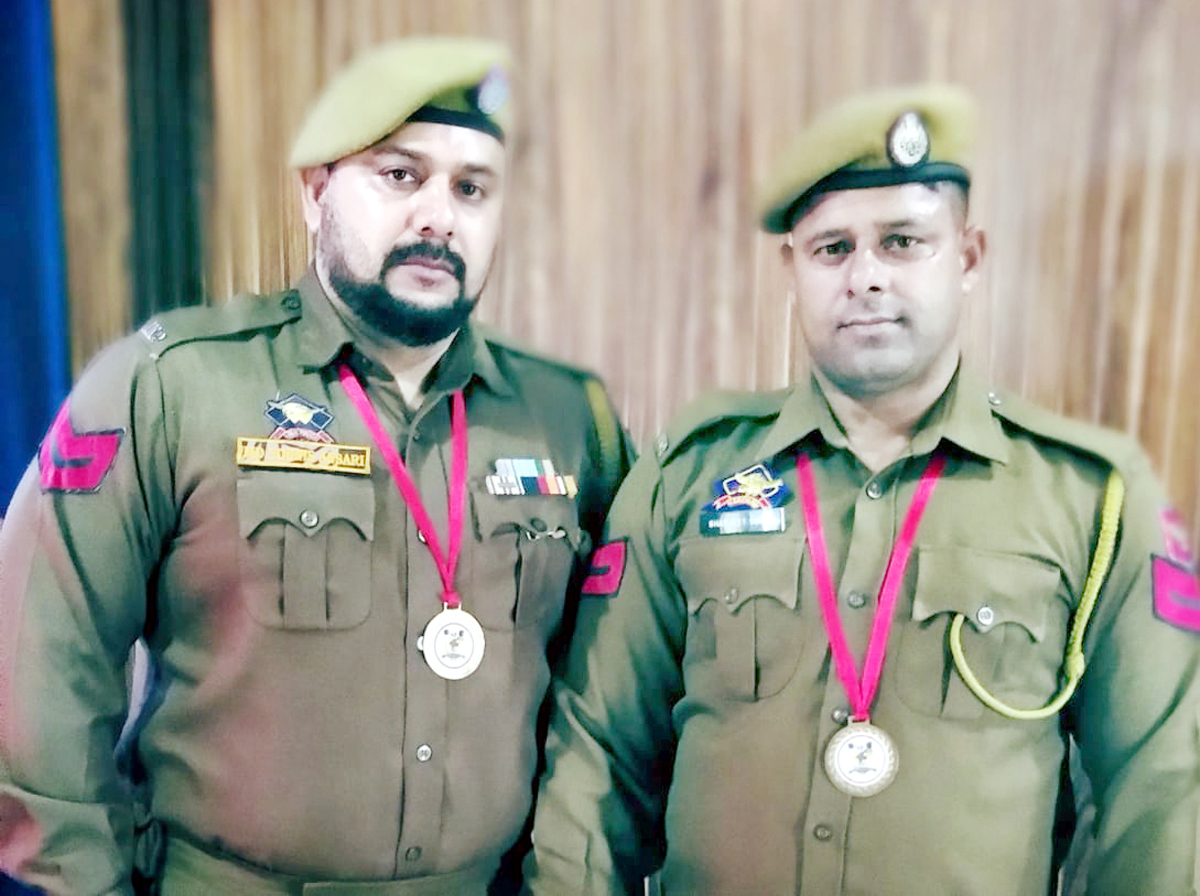 KATHUA, Nov 27: Selection Grade Constables (SgCts) Ghar Jeet Singh and Mohammad Yousuf Ansari brought laurels to Kathua Police after securing bronze medals in the bench press category during National Power Lifting Competition, organized by Indian Power Lifting Association at Sarasbagh Pune, Maharashtra.
Despite their routine duties, both the officials set such a challenging goal for themselves and worked very hard in their free time to achieve it. National level representation was one such step which exhibited their passion, devotion and dedication towards their goals they set for themselves.
Prior to National Competition, they had won gold medals at district level competition. SgCt Mohammad Yousuf Ansari won gold medal and SgCt Ghar Singh won silver medal at State level competition.
SgCt Ghar Singh, who is also a gym trainer in Police Gym DPL Kathua impart training not only to police personnel but youth of Kathua also. He also trained one young achiever namely Rubham Sharma who also participated in the same competition and won bronze medal.
Shridhar Patil, SP Kathua and all ranks of Kathua Police congratulates both the officials and Rubham and wished success to them in their life and career.