Excelsior Sports Correspondent
Srinagar, July 31: J&K Bank-XI emerged overall winner of the 1st edition of Professional Football League-2021, whereas Hyderya Sports FC remained at 2nd position, organised by Jammu and Kashmir Football Association in collaboration with J&K Sports Council at Synthetic Turf TRC Ground, here today.
The 1st match was played between J&K bank XI and Kashmir Avengers FC wherein both the teams tried hard to find the net but could not score a goal in the first half of the game. The 2nd half started with an aggressive note and both teams trying to find an opening. In 75th minute J&K Bank succeeded in scoring a goal through Faisal Thakur. Kashmir Avengers FC geared up and levelled the score through Saqib in the 80th minute and thus the match ended with 1:1 goal draw. Saqib of Kashmir Avengers FC was declared as man of the match.
The 2nd match was played between Downtown Hero’s FC and Hyderya sports FC. This was an important match for both the Clubs for securing the 2nd position of the League. The Clubs’ teams were introduced to the Divisional Commissioner Kashmir, PK Pole who was the chief guest on the occasion. Both the Clubs started the game with quality Football, perfect ball control and man to man marking but unfortunately, the 1st half ended with goalless draw. The 2nd half once again started with a brisk note wherein both the Clubs tried hard to take the lead but didn’t succeed. The spectators enjoyed every moment of the game and the match remained goalless. Metro Melvim was declared as man of the match.
The final closing ceremony of the event was attended by the Divisional Commissioner, Kashmir Pandurang K Pole and Secretary Sports Council Nuzhat Gul along with other officials of the Youth Services and Sports and the J&KFA.
Speaking to the media persons, the Divisional Commissioner said that in the last 15 days more than 25 matches have been played between 8 teams.
Pole said that both the teams have professional players playing for them both from J&K and outside. “This is one of the choicest games of the people of Kashmir. There is a need for holding more such games to channelize the strength and the energy of the youth because the youth of Kashmir are capable of reaching the international level,” he said.
Nuzhat Gul said that people, especially the youngsters, have been actively participating in the evening games that the concerned departments are organizing. 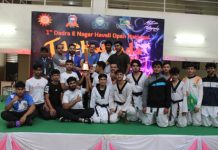 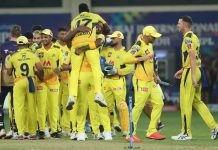 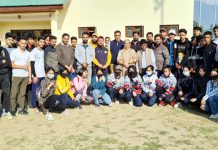 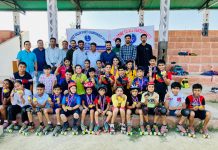 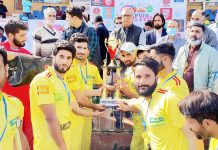 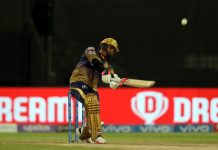 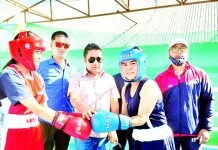 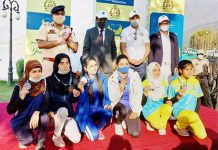 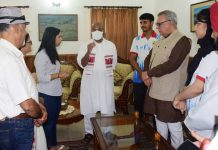 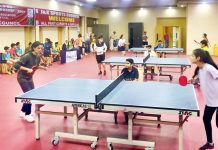 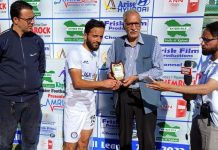 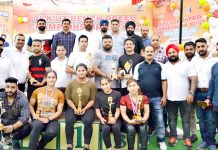