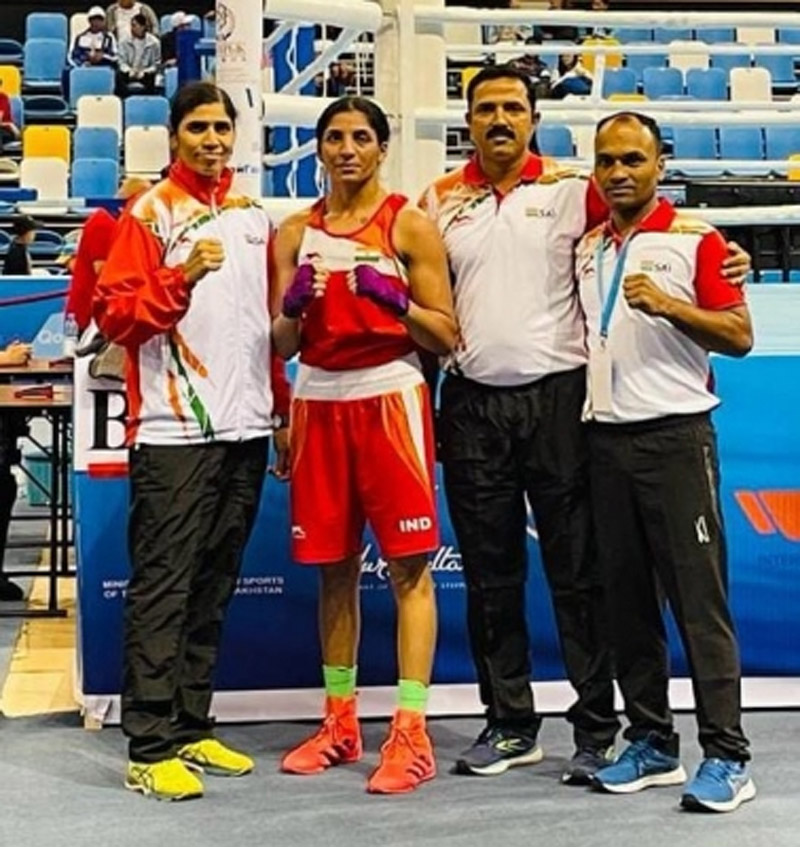 New Delhi, Jul 1: Indian boxers continued their fine form as six of them, led by 2019 World Championships bronze medallist Jamuna Boro, entered the semi-finals of the Elorda Cup in Nur-Sultan, Kazakhstan on Friday.

Jamuna Boro (54kg) looked in complete control throughout her quarter-final bout against Aishagul Yeleubayeva of Kazakhstan. She showed strong skills and continued to pick up clean punches enroute a comfortable 5-0 win.

2017 world youth champion Jyoti Gulia (52kg), who hails from Rohtak, faced Kazakhstan’s Zhansaya Rakhymberdi. Jyoti took the first round to gauge her opponent’s strategy before coming back strongly in the next two rounds.

She displayed her speed, accurate punches and moved around the ring swiftly to earn a 4-1 split verdict in her favour.

Ananta Chopade (54kg) also comfortably defeated Kazakhstan’s Altynbek Nursultan 5-0 while Sachin (57kg) progressed to the last-4 stage after his opponent Lyu Ping from China got injured in the second round.

Sakshi (54kg) moved into the semifinals by getting the better of Kazakhstan’s Muzdiman Balausa in a comfortable 5-0 win.

On the other hand, Arshi (52kg) and Aarti (57kg) lost to their respective Kazakh rivals by an identical 5-0 margin.

In the men’s section, Aditya (67kg) showed great courage against reigning Asian champion Baatarsukh Chinzorig of Mongolia but lost the bout in an unanimous decision. Pawan (75kg) also ended his campaign with a defeat against Raiys Nurkanat of Kazakhstan.

Top players from strong boxing countries such as India, Uzbekistan, hosts Kazakhstan, Cuba, China and Mongolia, are competing at the inaugural edition of Elorda Cup. Finals will be played on July 4.

The gold medallist boxer will receive USD 700 while the silver and bronze medal winners will take home USD 400 and USD 200 respectively. (PTI)