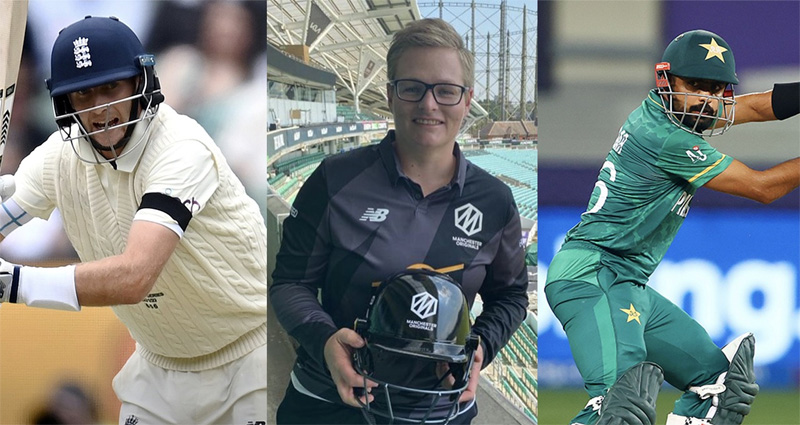 Dubai, Jan 24: Pakistan skipper Babar Azam was on Monday named ICC ODI Cricketer of the Year while England Test captain Joe Root took home the top honours in the red-ball category, beating competition from, among others, Indian off-spinner Ravichandran Ashwin.
Babar’s team-mate and left-arm pacer Shaheen Shah Afridi won the Sir Garfield Sobers Award for ICC Men’s Cricketer of the Year. He was bestowed the honour for taking 78 wickets across formats in 36 internationals at an average of 22.20 in 2021.
The 27-year-old Babar scored 405 runs in six games at an average of 67.50 in 2021. He was the second-highest run-scorer with 228 runs and was the Player of the Match in both of Pakistan’s wins in the 2-1 series victory against South Africa.
The architect of Pakistan’s chase of 274 in the first ODI, Babar made a century and laid the foundation with an 82-ball 94 in the final ODI where the visitors posted 320 batting first.
He was the lone warrior for Pakistan when they were swept by England 3-0. He accumulated 177 runs in three games but found no support as none of the other batters managed to score more than 100 in the series.
Babar’s best performance this year came in a losing cause in the final ODI against England.
Walking in to bat early in the innings, Babar strung a 92-run stand with Imam-ul-Haq to bail Pakistan out of trouble. He was cautious in his approach initially, bringing up his half-century in 72 balls. He made up for it by bringing up the next fifty runs in just 32 balls – it was his second ODI century of the year.
The magnitude of Root’s sublime form in Test cricket in the year 2021 can be summed up by one simple stat — he has become only the third player in history to aggregate over 1700 runs in Test cricket in a calendar year. Only Mohammad Yousuf and Sir Vivian Richards stand ahead of him.
Be it Asia or conditions back at home and against a range of bowling, the England skipper ruled everywhere with some sublime innings.
His knocks in Galle against Sri Lanka, and against India in both Chennai and Lord’s are some of the finest witnessed in the modern era, and will be spoken of highly for a long, long time.
He hasn’t been shabby with the ball as well, chipping in with a handy 14 wickets, including a five-for in Ahmedabad.
Root’s 218 in the first Test of the four-match series against India in Chennai was a masterclass in batting. He swatted away a quality bowling attack, both pace and spin, with utter ease. This was also a sign of things to come for the remainder of the year, as the 31-year-old played knock after knock of the highest calibre, irrespective of the opposition.
Ashwin was nominated in the same category along with Kyle Jamieson, and Dimuth Karunaratne.
Afridi had a phenomenal 2021 across all three formats of the game, especially in Tests and T20Is. He was on fire in the ICC Men’s T20 World Cup in UAE, where he impressed one and all with his sheer speed and skills.
Afridi ruled the shortest format of the game throughout the calendar year, scalping 23 wickets in 21 matches.
He burst into life during the home series against South Africa, after a difficult start to the year in Test cricket in New Zealand. He maintained his outstanding form throughout the year’s away tours to Zimbabwe, the West Indies, and Bangladesh. In total, he took 47 wickets in nine matches at an astounding average of 17.06.
South Africa opener Lizelle Lee was named the ODI Cricketer of the Year for her scintillating performance which saw her finish as the highest run-scorer in 2021 in the format.
The hard-hitting batter had two scores of 40 plus and played a vital role in South Africa’s sweep off Pakistan.
She was unstoppable on the tour of India thereafter, racking up big runs in the Proteas’ 4-1 series win. With 288 runs, including a hundred and two fifties, she ended the series as the highest run-scorer and was awarded the Player of the Series.
She carried her form over to the series against West Indies as well and was once again the top run-getter in the series.
South Africa umpire Marais Erasmus was named the Umpire of the Year for the third time after receiving the honour in 2016 and 2017.
The 57-year-old officiated in the just concluded series between hosts South Africa and India.
On top of the T20 World Cup final, Erasmus oversaw 20 international fixtures across the three formats in 2021. (PTI)