Excelsior Sports Correspondent
JAMMU, Jan 16: After losing to strong Karnataka in the prestigious Mushtaq Ali T20 Trophy opener and scripting back to back victories against minnows Tripura and formidable Uttar Pradesh earlier in the ongoing tour, a heavy thrashing against tough side Punjab today exposed Jammu and Kashmir team’s inconsistency and lost the match by 10 wickets.
Batting first, Jammu and Kashmir scored a modest total of 139 runs in the stipulated 20 overs. Shubham Singh Pundir top scored with 42 runs off 34 balls, studded with 3 fours and 2 sixes, while Qamran Iqbal contributed 27 off 29 balls with 2 fours and one six. Abdul Samad and Ahmed Omar Banday chipped in with 17 runs each. Samad hit four consecutive boundaries to Sandeep Sharma in his 10-ball knock, while Banday smashed 2 fours and 1six in his 12-ball innings. Skipper Parvez Rasool also contributed 9 runs off 4 balls.
For Punjab, Sidharth Kaul was the pick of the bowlers, who took 4 important wickets by conceding 33 runs in his 4 overs, while Harpreet Brar bagged 2 wickets by giving away 22 runs in his 4 overs. Mayank Markande and Arshdeep Singh claimed 1 wicket each.
In reply, Punjab openers Prabsimran Singh and Abhishek Sharma murdered the J&K bowlers from the word go and remained unconquered to chase the target easily in 14 overs, thus won the match easily by 10 wickets to qualify for the knockout stage. Both the openers were at their butchering best, hitting the ball with flamboyance, fluidity, grace and brilliance. Prabsimran scored unbeaten 73 off 46 balls, hitting 4 fours and 6 sixes, while Abhishek contributed 59 off 42 balls also including a galaxy of boundaries and sixes.
None of the J&K bowlers was much impressive today and all were send on a leather-hunt by the opening duo of Prabsimran and Ashishek. Medium pacer Ram Dayal was the only bowler to be somewhat economical, conceding 22 runs in his 4 overs.
In other Elite Group A matches, Uttar Pradesh defeated Tripura by 9 wickets, while Karnataka got the better of Railways by 2 wickets.
Jammu and Kashmir will lock horns with Railways in the fifth and final match at group stage on January 18. 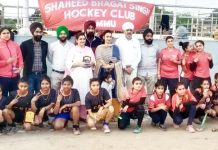 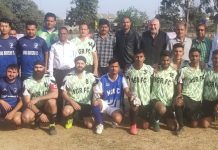 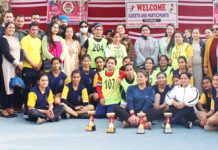 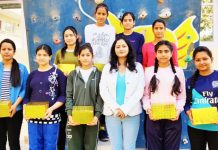 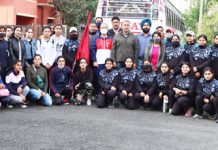 Bajrang takes gold and number one rank in Rome, bronze for Kaliramana