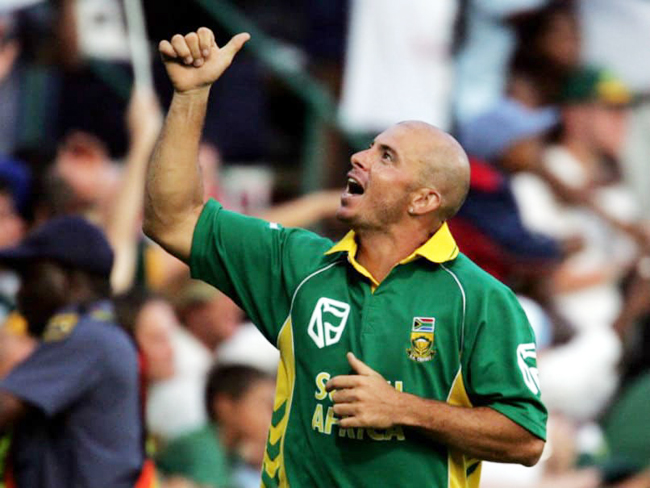 Former South African opener Herschelle Gibbs named India and hosts England as the two strong contenders to win the upcoming ICC World Cup starting May 30.
“It is always wide open. The two standout contenders will be England and India. But, who is going to make the other two places for the semi-finals? It is difficult to say. A lot depends on the weather in England. The bowling attacks will all play a part (in the tournament),” the 44-year-old Gibbs said on Monday. He was speaking at a promotional event of OTT video service operator ‘Viu’, which announced the launch of ‘IB Cricket Super Over League’.
Asked about South Africa’s chances, Gibbs said that it is not about AB de Villiers’ absence that will be key but more so about the lack of quality all-rounder. “We (South Africa) are always up there irrespective of ABD. We have got Faf (Du Plessis) and Quinton de Kock. The only issue for South Africa is not having an all-rounder,” Gibbs said.
Recently, ICC chairman Shashank Manohar expressed his concerns about Test cricket’s future but Gibbs begged to differ.
“Test cricket is (still going) strong. I don’t know why people say you need to revive it? I am a big fan of Test cricket finishing in four days. It need not go on for full five days.”
However the veteran of 90 Tests and 248 ODIs, wants batsmen to be challenged more in the longest format.
“The batsmen around the world get it easy in ODIs and T20. If they need to fight on sporting tracks in Test cricket, so be it. Sometime the game finishes in two days, when the pitch is offering turn. I don’t mind that,” the dashing right-hander said.
“It should not have to go for all five days. It is important that a batsman’s technique gets tested all the time. The bowlers, they also have something in it, to get their confidence going. They don’t get it from T20s or ODIs because flat decks are on offer,” said the 44-year-old.
The event at the suburban Goregoan was also attended by former cricketers VVS Laxman, Virender Sehwag, Brendon McCullum along with current players like Prithvi Shaw and Shubhman Gill. (PTI)