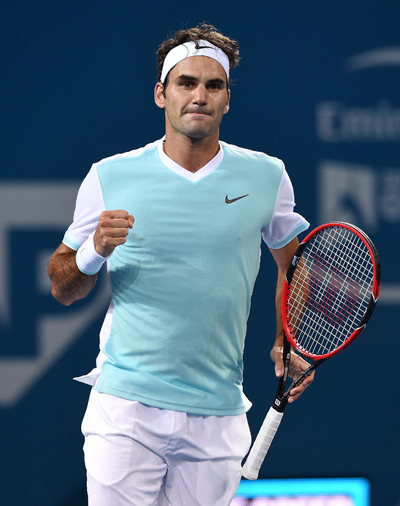 Cincinnati, Aug 14:
Roger Federer and Novak Djokovic overwhelmed opponents at the WTA-ATP Cincinnati Masters on Tuesday, where Serena Williams withdrew because of back trouble.
Williams had hoped to rebound from the back spasms that forced her out of the WTA final in Toronto on Sunday, where she lasted only four games before retiring.
But the 23-time Grand Slam champion said her back was “still not right” casting a further shadow on her chances at the US Open starting in Flushing Meadows on August 26.
For Djokovic and Federer, back in action for the first time since the Serb’s victory over the Swiss in the Wimbledon final, it was a smooth start to their US Open build-up.
Federer, seeded third, remained unruffled by a one-hour rain interruption at 2-2 in the second set, eventually defeating Argentina’s Juan Ignacio Londero 6-3, 6-4 to reach the third round at the event he has won seven times.
“I’m very happy, even if it was a bit tricky with the rain delay,” Federer said. “I’m happy to be back on court.
“This is the start of a long, long hardcourt swing. It’s good to begin with a win.
“I didn’t know that much about my opponent — he’s new to the tour — but at the end you have to concentrate on your own game.” Defending champion Djokovic double faulted three times as he dropped serve in the opening game against Sam Querrey but quickly put things right and pulled away for a 7-5, 6-1 victory over the American. (PTI)