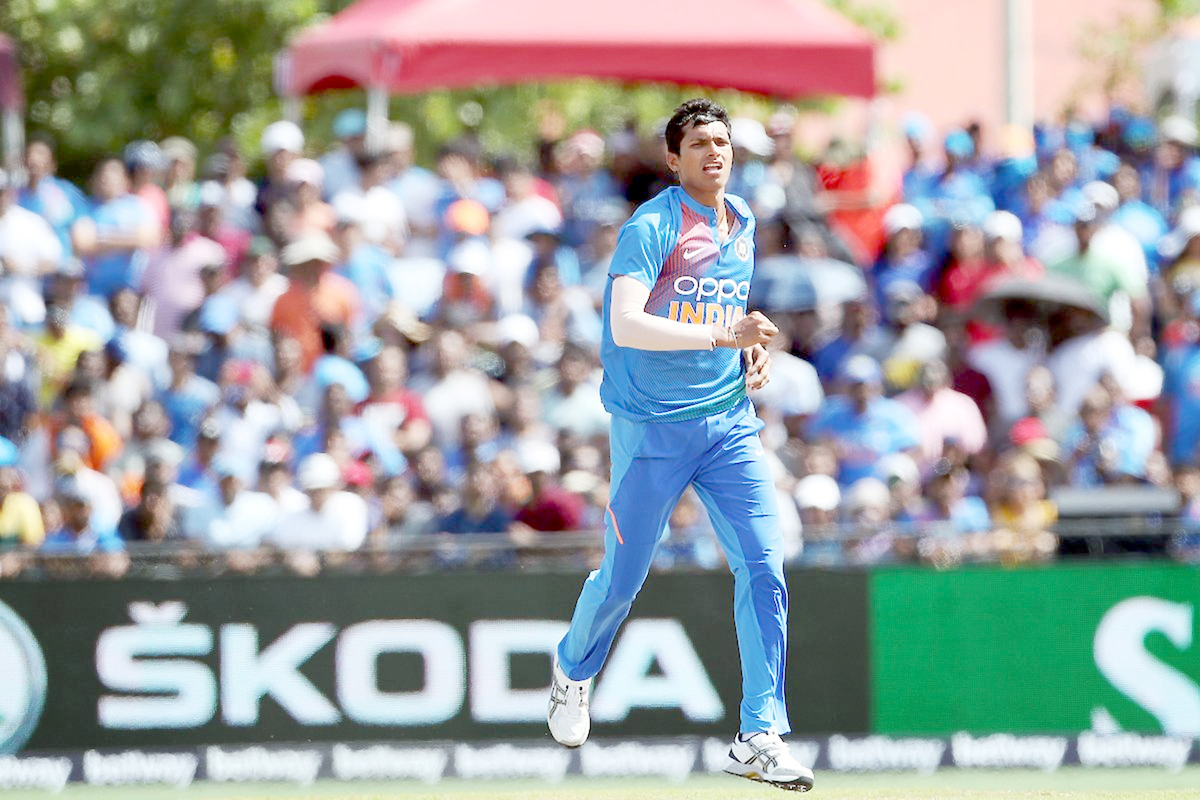 Lauderhill (USA), Aug 3:
India made a heavy weather of a modest run chase after debutant pacer Navdeep Saini led an impressive bowling display but still managed to beat West Indies by four wickets in their first T20 International match here on Saturday.
Chasing 96 for a win, India huffed and puffed before reaching the target with 2.4 overs to spare. None of the batsmen contributed big with opener Rohit Sharma top-scoring with 24 while captain Virat Kohli and Manish Pandey making 19 each.
Saini claimed three wickets for 17 while Bhuvneshwar Kumar took two wickets to restrict West Indies to 95 for 9 after they were put to bat.
India struggled in their run chase and they were reduced to 32 for 2 in the seventh over with opener Shikhar Dhawan (1) and wicketkeeper Rishabh Pant (0) dismissed cheaply.
Rohit’s 24 came from 25 deliveries with the help of two fours and two sixes on a pitch which was not easy to bat on.
Veteran off-spinner Sunil Narine (2/14) did not allow India to get off to a good start by removing Rohit and Pant in consecutive deliveries in the seventh over. Pant was out the first ball he faced while playing an irresponsible shot.
Manish Pandey was out in the 12th over and Kohli followed him two overs later as India found themselves at a spot of bother at 69 for 5 in the 14th over with 27 runs still needed.
Krunal Pandya (12) added 19 runs with Ravindra Jadeja (10 not out) before he was out in the 16th over. But the target proved too small in the end as Washington Sundar (8 not out) hit a six to take India to 98 for 6 to wrap up the match in 17.2 overs.
Earlier, Saini claimed three wickets in an impressive spell as India restrict a reckless West Indies to a paltry 95 for 9.
Opting to field, all the six Indian bowlers got at least a wicket apiece with Saini returning with figures of 3/17 in his debut match. The Indians were also helped by the reckless approach of West Indian batsmen.
There was no substantive partnership in the West Indies innings with the highest being the 34 between captain Carlos Brathwaite (9) and top-scorer Kieron Pollard (49) for the sixth wicket. Nicholas Pooran (20) was the only other West Indies batsman to score double digit figures. (PTI)

Shahbaz, Iyer in T20I squad vs SA, Shami yet to recover from COVID