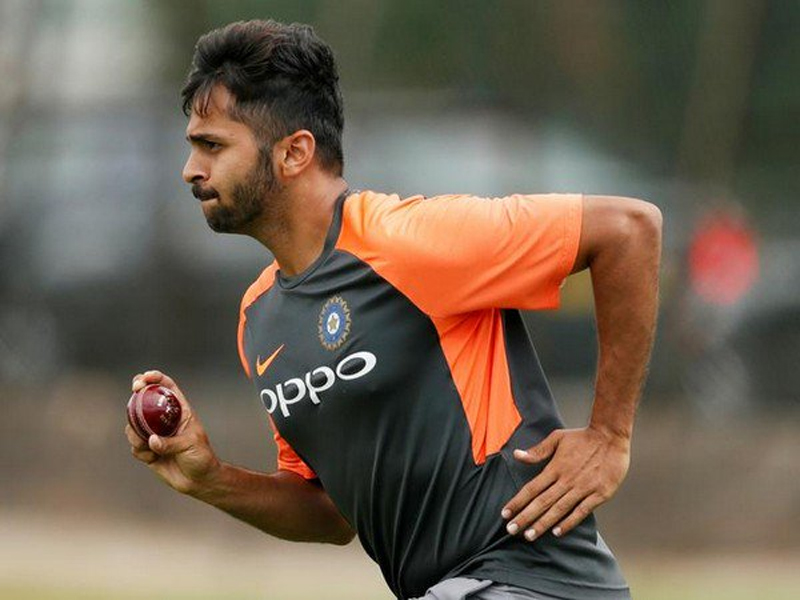 Birmingham, Jun 30: Fast bowler Shardul Thakur cherishes his role in the Indian Test side and said his job is to make an impact when the main bowlers are on a break.

Shardul, who generally bowls third or fourth in a Test match, said he loves to deliver in crunch situations.

“Our pace bowling attack at the moment, everyone is doing well including (Mohammed) Shami, (Jasprit) Bumrah, Umesh (Yadav) whenever he gets a game. Ishant (Sharma) was there and usually they start with the new ball and a lot of times it happens that they take two-three wickets in the first spell and I get opportunity to bowl later,” Thakur told.

“Opportunity is created when there is partnership and the main bowlers have to be given rest and the third and fourth bowlers are used more in the spell. In that moment, there is an opportunity for me to take a wicket and do something for the team.

“I think it is my job to bowl in those situations and I like it because if I deliver with a good performance it creates an impact in the game,” added the Palghar-based right-arm pacer, who played a pivotal role in India’s 157-run win over England in the fourth Test at Oval.

Thakur is a member of the Indian squad that will play England in the rescheduled fifth Test beginning here on Friday.

The 30-year-old said he loves bowling in English conditions.

“I think England is a bowler’s paradise, they say because the ball swings a lot and at times you end up taking a lot of wickets in one spell itself. So, I think England is one of my favourite places to play cricket and to bowl as well,” Thakur said.

“(In) England there is lot of lateral movement and off the pitch moment, it is up to you how to you want to make use of that.”

Thakur, who is no mean with the bat, played a key role in the fourth Test at the Oval, slamming two crucial half-centuries and also took crucial wickets in both the innings.

In the first innings he slammed a 36-ball 57, which helped India score 191. In the second innings, Thakur bettered his score, scoring a 72-ball 60.

Recalling his performance, Thakur said, “It was an important innings. Like I said before England could have got a big lead, but that got cut down and because of that we could stage a comeback in the third and the fourth innings.

“When you play such an innings, it motivates the teammates that we have got a good opportunity to make a comeback into the game. The good performance of teammates, it will reflect when you are bowling, it will also reflect in your fielding,” he said. (PTI)