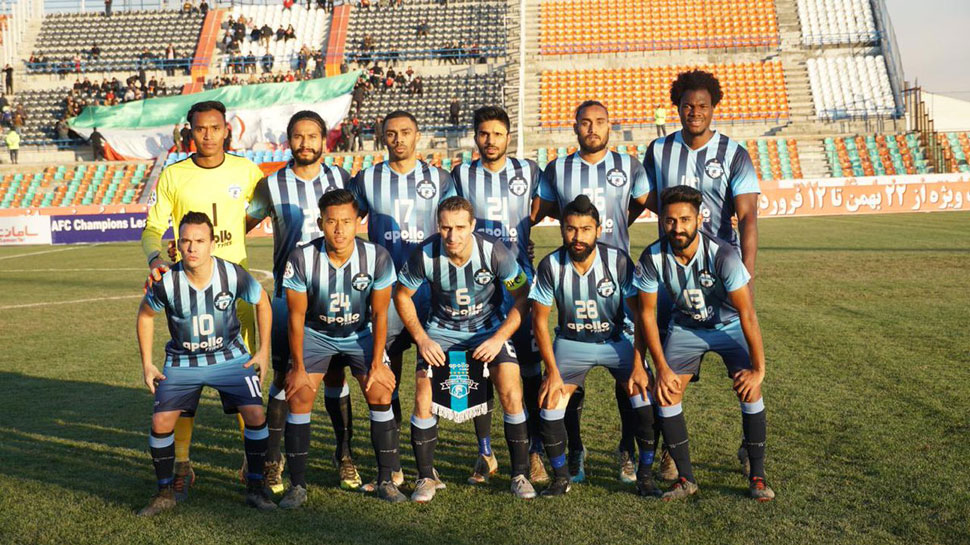 New Delhi, Feb 16: Real Kashmir’s home I-League match in Srinagar on Sunday will go ahead as scheduled, despite holders Minerva Punjab FC’s request for either deferring the match or shifting it to a neutral venue in the wake of the terrorist attacks in Pulwama.
Minerva, who are yet to reach Srinagar, have decided to forfeit the match, citing security issues as well as to pay homage to the martyred CRPF Jawans.
I-League CEO Sunando Dhar said local security authorities in Srinagar have given the go ahead to hold the match at the TRC Ground. He said the AIFF has been assured by the local authorities of all the necessary security arrangements for the players and officials.
“Our officials are already in Srinagar in preparation of the match. I have spoken to the match commissioner and he told me that the situation in Srinagar is currently normal. The local security in-charge of the match has also assured full security to the players, officials and all those related to the match,” Dhar said today.
“We have been assured that the whole security bandobast of players’ transport from the airport to the team hotel and for travelling from the team hotel to the ground and return on match day will all be provided. So we have decided to go ahead with the match,” he added.
On Thursday, at least 40 CRPF paramilitary troopers were martyred in a terror attack while several others are battling for their lives following what is being termed as the deadliest terrorist strike in three decades in Jammu and Kashmir.
As expected Minerva Punjab FC owner Ranjit Bajaj said his side will forfeit the match instead of playing it and “disrespecting the honour of the slain jawans”.
“We are not going to play the match, we will forfeit it. We have decided it and I have no second thought in doing that,” he said.
If Minerva forfeits the match, Real Kashmir will get all the three points. In that case, the Jammu and Kashmir side will have 35 points from 17 matches. Leaders Chennai City FC (34 points from 16 matches) also play against Shillong Lajong on Sunday.
Bajaj said he had asked the AIFF to furnish him a security assurance from the local authorities that his players will be safe in Srinagar.
“They could not give it. The AIFF wants to portray that the situation in Srinagar is normal but it is not normal there,” he said.

Bajaj earlier had written a letter to the AIFF, requesting to shift the game from Srinagar to another venue.
“My team jersey has the line written ‘We Salute Indian Army’. A game of football is nothing compared to what has happened,” Bajaj had said.
Third-placed East Bengal (31 points from 15 matches), who are scheduled to play against Real Kashmir on February 28, have also got in touch with the AIFF after the attack, expressing similar security concerns. PTI