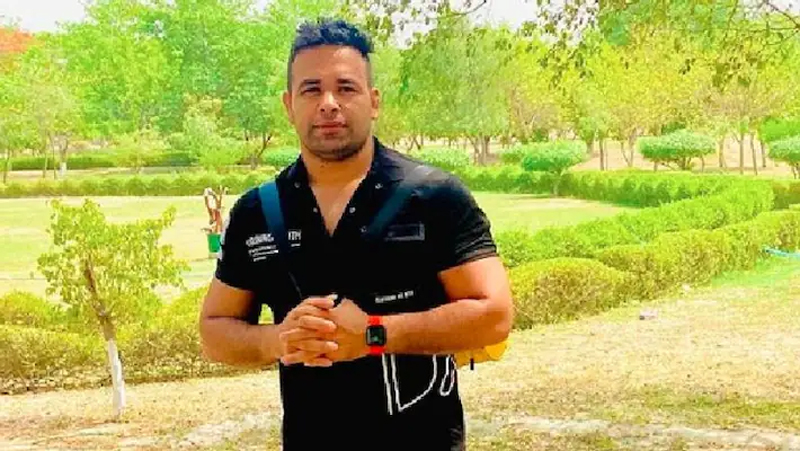 NEW DELHI, May 17:  In an unprecedented incident, Services’ wrestler Satender Malik launched a physical assault on referee Jagbir Singh after losing the 125kg final during the Commonwealth Games trials, prompting the national federation to impose a life ban on him, here on Tuesday.

An incident of this magnitude has never taken place at an event organised by the Wrestling Federation of India (WFI) although clashes between the supporters of wrestlers have been witnessed in the past.

The Air Force wrestler was leading 3-0 with just a 18 seconds left in the deciding bout when Mohit effected a ‘takedown’ move and also pushed Satender out of the mat for another point.

However, referee Virender Malik did not award two points to Mohit for the ‘takedown’ move and gave only one point for the pushout.

The decision upset Mohit, who requested for a challenge.

Satyadev Malik, the jury for the bout, excused himself from the decision for the sake of impartiality, since he belonged to the Mokhra village from where Satender also comes.

Senior referee Jagbir Singh was requested to look into the challenge and with the help of TV replays, he ruled that Mohit should be given three points.

The score became 3-3 and remained like that till the end, and eventually Mohit was declared the winner on criteria since he had scored the last point of the bout.

Satender lost his cool, walked across to Mat A where Ravi Dahiya and Aman were locked in the 57kg final, went straight to Jagbir, and began to assault him.

He first abused Jagbir and then slapped him, who lost his balance and fell on the ground. Jagbir also tried to retaliate but was overpowered by the heavyweight wrestler.

The 57kg bout was stopped as the incident created a furore inside the KD Jadhav hall at the IG stadium. Hundreds of fans, officials and participants were shocked to witness a scene like that.

The WFI officials managed to send Satender out of the hall and restarted the bout. Everything was happening right before the eyes of WFI President Brij Bhushan Sharan Singh, who was sitting on the dias.

“We have imposed life ban on Satender Malik. The decision was taken by the WFI president,” WFI’s assistant secretary Vinod Tomar told PTI.

“The referees officiating that bout will also be called for an explanation that why points were not awarded to Mohit when it was clear that the takedown move was clean. Why did they let the situation go out of hand.”

A visibly shaken Jagbir said, “I had no inkling that he would do something like that.”

A Class One referee since 2013, Jagbir added, “I had nothing to do with this bout. I had officiated the 97kg and 65kg finals and gave the ruling only after I was asked to do it.”

“It’s up to WFI what action it wants to take against him.”

Satyadev Malik told PTI, “I wanted to stay away from the decision making since we live close by. In international wrestling also, if the wrestler is from India, a jury from India can’t officiate that bout.”

“So to avoid any situation where I am accused of bias, I stayed away. This is really unexpected because Satender is usually a very calm guy,” Satyadev, who was also jury of appeal for the tournament, said.  (PTI)