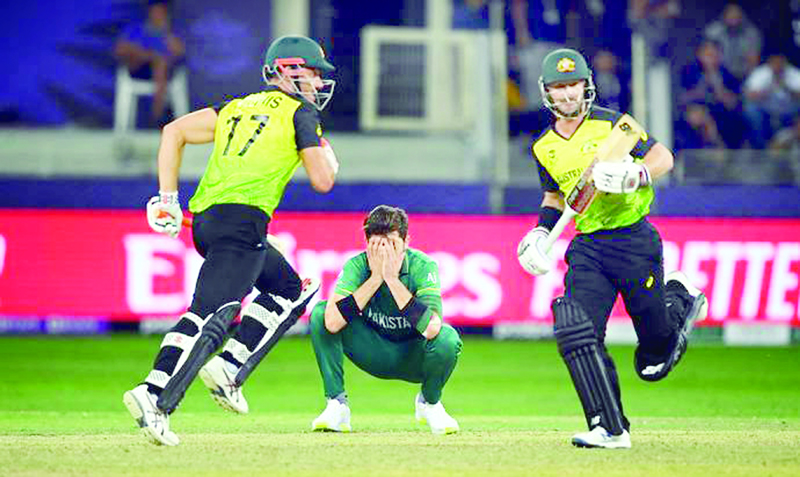 DUBAI, Nov 11:
Matthew Wade came up with a barrage of sixes out of nowhere to script Australia’s sensational come from behind five-wicket victory over Pakistan here on Thursday and send his team into their second T20 World Cup final.
Mohammad Rizwan (67 off 52) struck his third half-century of the tournament before Fakhar Zaman roared back to form with a 32-ball unbeaten 55 to propel Pakistan to 176 for four after being sent into bat.
Pakistan were on course to maintain their unbeaten run in the tournament with Australia needing 62 off the last 30 balls but Wade (41 not out off 17) and Marcus Stoinis (40 not out off 31) shared a match-winning 81-run stand for the sixth wicket to pull off a memorable win in the second semifinal.
In the end, Australia, who are yet to win a T20 World Cup title, got home with an over to spare. They will meet New Zealand in the final on Sunday.
Leg-spinner Shadab Khan produced an admirable performance taking four wickets for 26 runs in fours but the brilliance of Wade and Stoinis turned the game around on its head.
Australia were kept in the chase by David Warner (49 off 30), who shared a 51-run stand Mitchell Marsh (28 off 22), after skipper Aaron Finch was trapped lbw in another sensational first over bowled by Shaheen Shah Afridi.
With Pakistan on top, Warner chose to counter attack and he was successful in his endeavour taking Australia to 52 for one in the powerplay. He smashed three sixes including one off Mohammad Hafeez delivery that bounced twice before reaching his bat.
With Australia reaching 89 for three in 10 overs, the game was very much in balance. However, Warner fell after drinks break, caught behind off Shadab but replays suggested he had not nicked it. The opener thought he had nicked it too and chose not to review it.
With Stoinis and Wade in the middle, Australia needed something special. Both were able to reduce the equation to 22 off the last 12 balls.
With the match hanging in balance, Babar Azam brought his trump card, Afridi back into the attack and the left-arm pacer nearly responded to his skipper’s call with the wicket of Wade, who was dropped by Hasan Ali at deep midwicket in the third ball of the over.
The Australia wicketkeeper cashed in on the chance and smashed Afridi for three consecutive sixes to seal the game for his side.
Earlier, Rizwan and Babar (39 off 44) shared a 71-run stand before Zaman ended the innings on a high with his unbeaten knock. The last five overs yielded 59 runs for Pakistan.
Pakistan enjoyed their best powerplay of the tournament, racing to 47 for no loss in six overs after Australia put them in to bat.
Rizwan, who was down with flu ahead of the game, did not look at his best early on and Babar took the lead in attacking the Australian pace attack. The Aussies were looking for some swing early on but they were not able to get it.
The Pakistan skipper began with a regal cover drive off a late outswinger from Josh Hazlewood.Among the five regal boundaries he hit, his short-arm jab between deep midwicket and long-on stood out.
Leg-spinner Adam Zampa, who has been Australia’s go to bowler in the middle overs, finally got the breakthrough Australia needed by having Babar caught in the deep with Pakistan reaching 71 for one in 10 overs. More than the ball, it was the pressure created by Zampa that led to the wicket.
Rizwan, who was dropped twice in the innings, got into the act after Babar’s dismissal. The wicketkeeper batter grew in confidence as his innings progressed and once he he got his trademark half full half sweep shot right off Hazlewood, he looked much more dangerous.
Australia did well from overs 7-11, conceding only 28 before Rizwan changed Gears.
Rizwan got his second six off Hazlewood two overs later, dispatching the seasoned pacer over deep midwicket.
Zaman, who did not have a lot of runs under his belt heading into the semifinal, hit a flat six over long off to gain confidence.
With Zampa completing his tidy effort, Pakistan were looking for a big over and that happened to be the 17th when Hazlewood was hammered for 21 runs, including a six off a free hit.
After Rizwan’s dismissal, Zaman displayed his power hitting skills against Mitchell Starc, clubbing him for a six and four in a 15-run over.
Zaman finished the innings on an exhilarating note, depositing Starc for two massive sixes to take the team past 170.
Zampa (1/22 in four overs) was the pick of the bowlers for Australia while Hazlewood was the most expensive, leaking 49 runs in four overs. (PTI) 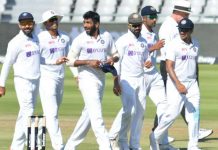 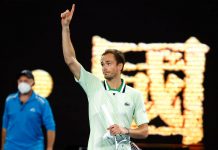 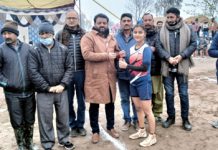 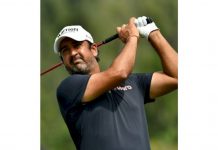 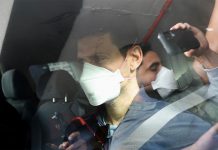 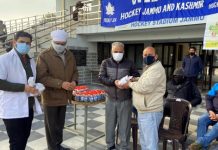